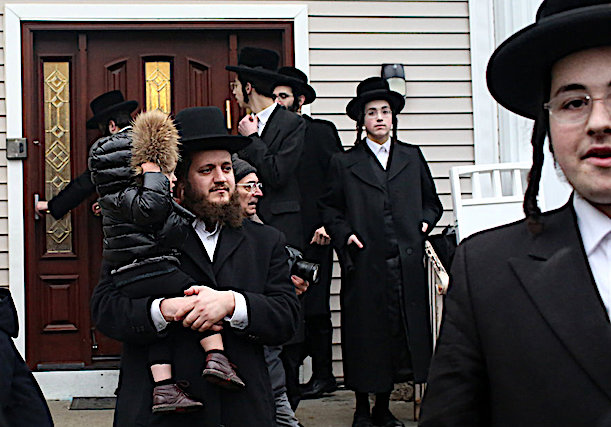 In the wake of the stabbing at a Monsey, New York, synagogue that left five people wounded, the Orthodox Union, which represents the nation’s largest network of Orthodox synagogues, has demanded special new draconian laws be enacted to specifically protect Jews:

“With anti-Semitic attacks occurring on a daily basis, we can no longer respond with platitudes. Acts of anti-Semitism must be treated as domestic terrorism, and our laws must be changed to reflect the impact of such crimes on our democratic values,” said Orthodox Union Executive Vice President Allen Fagin.

“We commend Gov. Andrew Cuomo for moving beyond expressions of horror, to recommending the kinds of concrete action that will eliminate this threat to our community. This was the ninth anti-Semitic attack in the New York City area in the past week. It is the fundamental responsibility of government to protect the safety of all of its citizens. This responsibility must be effectuated with all resources necessary to accomplish this purpose,” he added.

“All of us in the Jewish community share the pain of the Monsey community following this horrific act. The time for talk about anti-Semitic attacks is over – this is a time for action,” said Orthodox Union President Moishe Bane.

The attacker, identified as 37-year-old Grafton Thomas, has been charged with five counts of attempted murder.

This kind of hysterical rhetoric is nothing new for jewish groups.  In the wake of the mass shooting at the Wal Mart in El Paso, they demanded that all ‘White supremacists’ be prosecuted as ‘domestic terrorists’.

It seems that this is a jewish talking point that the ADL has disseminated to all their media mouthpieces.

No one knows what motivated this deranged Black man to wield a machete at this synagogue, but Blacks commit mass shootings almost every day in America, but our liberal elite turns a blind eye to these crimes because the victims are not Jews.

Jews have not been shy about demanding special laws to prosecute anyone who doesn’t like Jews for any reason.  When Christian churches are shot up and parishioners are actually killed, where are the calls for special laws to protect Christians?  Need we ask?

We are quickly moving toward the breaking point where Jews will get what they really want: the death penalty for anyone who even thinks of attacking them for any reason.