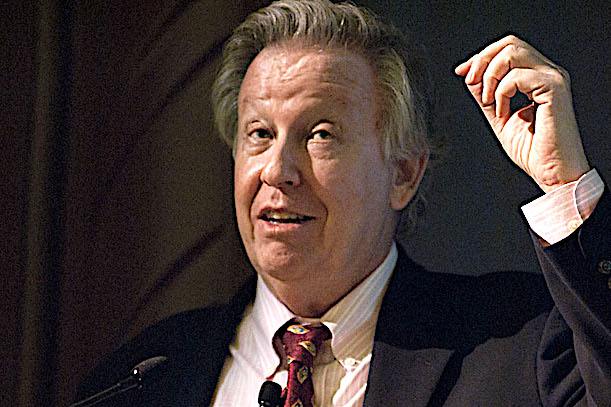 Mark Pinsky, a Jewish journalist who has covered — or kept a careful eye on — the pro-Israel Christian Evangelical community in America for the last 35 years, has announced that he’s now throwing them under the bus — and literally demanding that they renounce their “White supremacy” and “intolerance” — which apparently didn’t bother him until they supported the most pro-Israel President in history — Donald Trump:

As a Jew, it’s arguably not my place to either lecture white evangelical Christians or attempt to explain them to the world. But few secular American journalists have written on the subject as deeply as I have for the past 35 years.

I have lived among evangelicals, and raised my family in their company. For decades, I have defended these good people.

Still, I have read the recent polls and studied the data. And I’ve reviewed a spate of new books which have portrayed white evangelicals in a largely negative light, by scholars who have documented the entrenched and widespread racism, anti-Muslim and anti-immigrant prejudice and anti-LGBTQ hostility informing white evangelicalism. These forces go a long way, I think, in explaining many conservative Christians’ deep and seemingly blind infatuation with Donald Trump…

…Like the post-Trump Republican Party, evangelicals may be facing an internal civil war. In both the Gospels of Matthew (3:12) and Luke (3:17), John the Baptist preaches that there comes a time when the valuable wheat needs to be winnowed from the useless chaff, preserving the former and burning the latter. For white evangelicals to rejoin the American mainstream, they need to undertake some hard talks as a community, addressing their racist roots and accounting for the wreckage wrought by Trump, often with their support.

That work needs to start in pulpits, even at the risk of alienating some of the people in the pews. In this Jew’s view, these leaders need to drum into their congregations that one cannot be a faithful evangelical Christian and also believe in white supremacy and other forms of intolerance. That message must shape the evangelical future, for the health of the country and that of the movement itself: Younger white evangelicals tell pollsters that they are increasingly attracted to more moderate views on issues like climate change, income inequality and LGBTQ rights.

Of course, reconciliation is a two-way street. For white evangelicals to renounce Trump and intolerance may not be enough for many in the secular Democratic base. For them, nothing short of a full-throated apology from white evangelicals for throwing their weight around in the public arena in support of causes incompatible with real faith will suffice as a step towards unity.

My decades of reporting in the evangelical community have left me with some hope that it may as a whole change for the better in the future, maybe even sooner than we think. But a true apology for the Faustian deal so many evangelical individuals made over the last four years? For many, I think, that will require a reckoning too strenuous to bear.

No, it’s not his place as a Jew to tell Christians what to think and believe — if he were a Christian telling Jews what to believe and how to behave, he’d be smeared as an antisemite — but luckily for Pinsky there is no anti-Christian equivalent of antisemitism.

Pinsky is emblematic of Jews in America — he lives among Whites and pretends to “share” their “common values” — but when the time is ripe, he stabs them in the back, betraying their trust — and uses everything he knows about them against them.

But Pinsky sounds confident that the evangelicals will do exactly what he’s demanding — because Evangelical Christianity — or better yet “Evangelical Zionism” — has been a Jewish movement from its foundations with the Jewish-Zionist financed Scofield Bible — and they are far more beholden to Jewish interests than they are to actually following Christ.

Real Christianity — by its very definition — is a refutation of Judaism and all of its so-called babylonian Talmudic “values” — which can be summed up by the platform of the Communist Party — along with the Jewish Supremacist ethno-state of Israel.

Naked hypocrisy has always been the strong suit of Jewish supremacists — and Pinsky appears to be no exception — he’s blithely oblivious to his own double standards about White Christians while giving his fellow racist Jews in Israel a free pass.