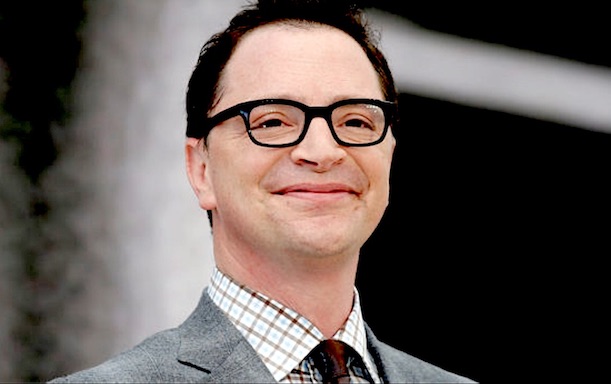 (Algemeiner) Jewish permanent B-list actor and “West Wing” star Josh Malina advocated on Tuesday for the ‘withdrawal of support’ —  i.e. punishment and destruction — of public figures who exhibit any forms of antisemitic™ ‘behavior’:

“Why’s it so hard to get cancel culture on the line when the problem is antisemitism?” Malina asked on Twitter.

“Cancel culture” calls for the “cancelling” or boycotting of individuals who share controversial opinions or display behavior on social media deemed to be offensive. The “cancelling” results in them being shunned by friends and supporters and turned down in regards to career opportunities.

Malina’s question has already received 2,600 likes. It sparked a conversation on Twitter and even garnered a response from Jewish comedian Elon Gold, who remarked, “Nobody gets cancelled for hating Jews. From Goebbels to [Mel] Gibson.”

Gibson — who has a history of making antisemitic remarks — was recently in the news because Jewish actress Winona Ryder mentioned in an interview that he had called her an “oven dodger,” a clear reference to the crematoria at Nazi death camps during the Holocaust.

Let’s unravel this hypocritical nonsense: the vast majority of ‘antisemites’ cited here are non-Whites, specifically Blacks — to whom Jews, using their power in the media, have granted ‘Black privilege’, which allows them to make racists and even antisemitic comments with impunity.

And Hollywood Jews did punish Mel Gibson — unfortunately, their largely White audience likes Gibson more than they like any Jew in Hollywood — so it didn’t stick after he gave a disingenuous apology.

We know Jews invented ‘cancel culture’ — because in order to be effective, it needs enormous enforcement power in social media to destroy people’s lives — and White people clearly don’t have that power — because it was intended to target and destroy them in the first place.

Any voice that objects to the current Bolshevik Revolution will be canceled.

But it’s only natural that some people — including some Blacks — are going to notice that this revolution is being run by Jews, like BLM leader Rachel Gilmer, along with fundraiser and convicted domestic terrorist, Susan Rosenberg.

The original Bolshevik Revolutionaries had to pass a law to make it a capital crime if a Russian dared notice that the revolution was being carried out by Jews — and that’s exactly what Josh Malina is advocating now.

In reality, Jews have simply not yet chosen to ‘cancel’ Blacks who make ‘antisemitic’ remarks at this point — they need to encourage Blacks to be outspoken about ‘systemic racism’ to destroy White Christian nations.

And once that is accomplished, then the Jews will drop the hammer and cancel any and all antisemites who dare oppose them, especially Blacks and liberal Christians who are under the mistaken idea that they have been anything more than ‘useful idiots’ to the Jewish Bolsheviks.