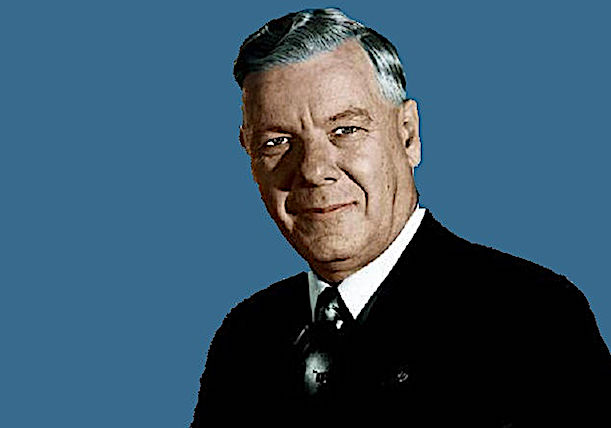 [Updated and republished from a 2018 article]

(Wearswar.wordpress.com) There is far more than meets the eye when we consider what has led to the awful plight for Whites in South Africa:

[Excerpt] Stephen Goodson’s 2017 book Hendrik Frensch Verwoerd: South Africa’s Greatest Prime Minister will astonish most English-speaking South Africans. The English Press and the four main English language universities painted Dr Verwoerd as a petty racist. Even today, they remember him as the “architect of apartheid”, by which they mean that racism was his first principle of government – the protection of White people and disrespect for the aspirations of Black people…

Why was Dr Verwoerd’s vision attacked in the Press and the universities of the country’s most influential component, the White English-speaking South Africans? So thoroughly did the English language Press poison the minds of its readers against Dr Verwoerd that no record can be found of his ever having spoken at an English language university.

It was the Money Power at work, says Stephen Goodson, whose special interest is banking. The “winds of change” were not intended to liberate the people of Africa, but to replace one form of control which was honest with another form of power exercised dishonestly through puppet regimes.

“The colonial powers would save on the expense of having to subsidise and develop these colonies…while the international bankers led by the Rothschild syndicate would plunge these hapless territories into irredeemable and permanent debt. They would be ably assisted by the economic hit men of the International Monetary Fund and World Bank.”

Dr Verwoerd was an implacable foe of the Money Power, Stephen Goodson tells us, and wanted to achieve independence for South Africa. He commissioned the Hoek Report from Professor Piet Hoek of Pretoria University, and the report showed that the Anglo American Corporation controlled the English language newspapers and 70% of all companies in South Africa, while paying 10% of the tax.

The Anglo American Corporation also controlled the English Language universities. Its [Jewish] Chief Executive, Harry F. Oppenheimer, was chairman of the South African Institute of International Affairs, and his corporate subordinates occupied the Councils of the English language universities. Pretending to be an honest enterprise, the Institute promoted the interests of international corporations, and still does. The political message taught to the students was controlled by Oppenheimer and his associates.

Helen Suzman (a jewish immigrant), the “lone voice in Parliament” of the Liberals, was in close communication with Harry Oppenheimer and both were counted as leaders in the English language universities…Suzman, supported by the Money Power on the Opposition side of Parliament, advocated immediate overthrow. On the Government side, Prime Minister B.J. Vorster, bribed by the money power, worked for the same end….

The extensive article can be read in its entirety here.

Stephen Goodson — the author of this book on Verwoerd — worked for the Reserve Bank of South Africa, so he was in a position to understand the secret role that the bankers had in the opposition to Verwoerd.

The killing of Verwoerd was a coup d’etat that replaced a legitimate and visionary White leader with others who were more receptive to the interests of the Jewish banking and corporate interests, but even those subsequent leaders who were willing to play the game were ultimately betrayed and undermined by those same Jewish interests.

To discuss the Jewish role in the destruction of South Africa is a forbidden topic — you are allowed blame Black incompetence or “the communists,” but if you dare mention the real power behind the scenes, you will be publicly mocked and destroyed.

It is impossible to understand why South Africa is on the precipice of civil war today without first understanding the hidden powers that have pushed the country in this direction for the last fifty years.

Nelson Mandela himself admitted that Jews occupied the highest levels of power in his organization — as if that were a good thing worthy of praise.

The Plot Against South Africa by Klaus D. Vacque is essential reading on the subject.