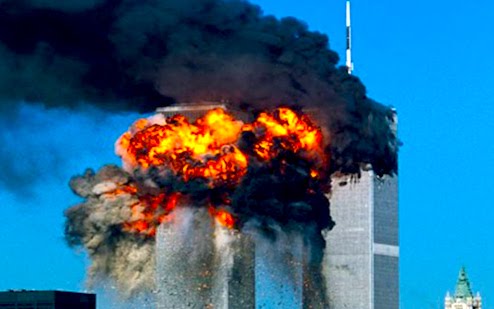 Frank Lowy, an alleged Holocaust survivor who fought in Israel’s War of Independence and went on to become a billionaire shopping magnate in Australia, has made aliyah:

“I feel that I’m home. That’s all. Very simple,” Lowy said in an interview aired Tuesday by Israel’s Channel 12.

Born in what is now Slovakia in 1930, Lowy and his family ended up in the Budapest ghetto during the war, where his father Hugo disappeared while trying to find the family a way out. Lowy escaped to France, tried to reach Palestine and was interned by the British in Cyprus before finally arriving and joining the Hagana, fighting in Israel’s War of Independence.…

Working as a plumber in Haifa after the war, Lowy decided to join his mother and brother when they got visas to Australia in 1952, anglicizing his name from Pinchas to Frank. In a rags-to-riches success story, Lowy worked his way up and in 1959 co-founded the shopping center company Westfield, which he sold in December 2017 for $33 billion.

Later that year he was knighted by Queen Elizabeth “for his contribution to the UK economy through the company he founded, Westfield, and its major investments in the UK.”

…Israel has always been close to Lowy’s heart and he is known for his philanthropic activity, as well as a failed attempt to buy Bank Leumi. That episode ended in 2007 with an investigation of alleged interference in the bid by then prime minister Ehud Olmert.

Plagued his entire life by not knowing the fate of his father, Lowy was stunned when 45 years after his disappearance a stranger approached his son, Peter, who was living in California in 1991, and told him, “I was with your grandfather in Budapest” when the two were arrested by the Nazis and sent to Auschwitz.

Peter told his father the news, and Frank Lowy took the next flight to California to talk to the man, discovering that his father had been shot and killed upon arriving at Auschwitz after repeatedly refusing to give up his prayer shawl and tefillin.

“He could not live without his tallit and tefillin,” a tearful Lowy said.

With the new knowledge, Lowy restored a train car that was used to deport Hungarian Jews to Auschwitz as a monument and dedicated it at the camp in 2013 as part of the March of the Living, where he was finally able to say the Kaddish mourner’s prayer for his father.

Speaking about his path in life, Lowy attributed his success to never giving up.

Just like another suspected organized crime figure, Myer Lansky, Frank Lowy (pronounced ‘Louie’ like the song) has decided to spend what is left of his life in Israel.

Predictably, Lowy has the all-too-familiar resume of many arch-Zionist gangster billionaires, a jewish version of the old Horatio Alger “rags to riches” myth: obligatory Holocaust survivor or son of a survivor; miraculous and rapid accumulation of vast, unimaginable wealth; generous philanthropy to jewish causes; and enormous behind-the-scenes political power and influence.

It is remarkable how these Zionist elite are able to blur the lines between international organized crime, philanthropy, and politics.

With his jewish business partner, “Lucky” Larry Silverstein, a former strip club owner from New Jersey, Lowy just happened to take out a 99-year lease on the World Trade Center 2 months before the 9-11 attacks and thus made billions on the insurance payoff.

You can either believe in impossible coincidences or you can accept the uncomfortable reality that the only suspects arrested on 9-11 were the infamous ‘Dancing Israelis’ who, with legal help from Allen Dershowitz, were quickly deported back to Israel where they appeared on national television, admitting they were in New York City on 9-11 to “document” the attacks.

And if these low-level Mossad agents had foreknowledge of the attacks, it is inconceivable that Lowy and Silverstein were kept in the dark.

Fleeing Europe after WWII to Palestine and joining up with the Zionist terror gang, the Hagannah, may have given Lowy a taste for shedding innocent blood in “defense” of the nascent state of Israel.

From the perspective of these Israeli loyalists, the 9-11 attacks were not, in fact, attacks at all, but rather an indirect way of “defending” Israel by luring America into acting as their proxy warriors to eliminate all of Israel’s “existential” enemies in the Middle East, such as Iraq, Libya, and next Iran.

Perhaps Lowy wants to be in Israel to witness the planned destruction of the Al Aqsa mosque on the Temple Mount before he dies.  Either way, no doubt there is more to his making “aliyah” than meets the eye.

In “celebration” of Lowy’s return to Israel: 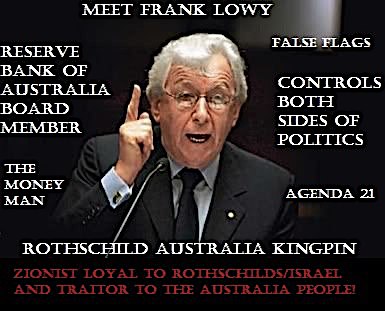