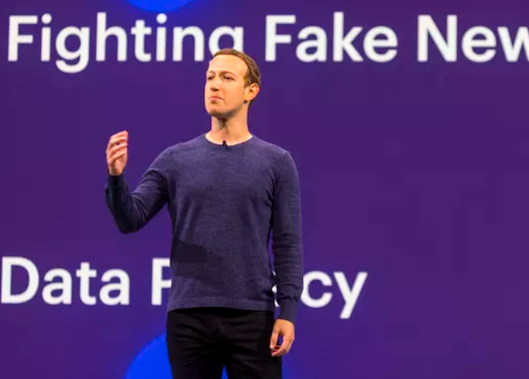 In direct contradiction to powerful jewish advocacy groups such as the ADL, SPLC, and the U.S. Holocaust Memorial Museum, Facebook VP Joel Kaplan made it clear in writing that the company does not consider Holocaust denial to be ‘hate speech’ or ‘antisemitism’:

Facebook intends to allow Holocaust denial on its platform, so long as it doesn’t advocate “violence against Jewish people in any way,” according to a letter written by Joel Kaplan, Vice President for Global Public Policy at Facebook and obtained by Jewish Insider.

“I want to underscore that Facebook rejects hate,” Kaplan writes. “We take down any content that celebrates, defends, or attempts to justify the Holocaust. The same goes for any content that mocks Holocaust victims, accuses victims of lying about the atrocities, spews hate, or advocates for violence against Jewish people in any way. As you can imagine, posts and articles that deny the Holocaust often violate one or more of these standards and are removed from Facebook.”

But Kaplan makes clear that Facebook will “not remove lies or content that is inaccurate — whether it’s denying the Holocaust, the Armenian massacre, or the fact that the Syrian government has killed hundreds of thousands of its own people. This is because we do believe that people should be able to say things on Facebook that are wrong or inaccurate, even when they are offensive.”

The letter dated April 9 and addressed to Paul Packer, Chairman of the U.S. Commission for the Preservation of America’s Heritage Abroad, responds to an inquiry about whether the social network would allow Holocaust denial on its site, in light of its recent ban on “praise, support and representation of white nationalism and separatism.”

So in other words, it’s okay to claim what many people already know, that 6 million Jews did not die in gas chambers during a two and a half year period in WWII, but it’s not okay to state that you are disappointed to find out that the Nazis didn’t really kill 6 million Jews.  The Jews must know they won’t be able to sustain the official 6 million death toll forever, and so in the event that the truth comes out on a massive scale, antisemites will become those who are disappointed millions of Jews weren’t killed.

Unfortunately, Jews get very angry when Holocaust deniers, many of whom are actually jewish, try to convince their fellow Jews that the world isn’t such an evil place and that Jews were not murdered on an industrial scale as they’ve been told their whole lives.  You’d think that millions of Jews would collectively let out a sigh of relief and be grateful that such a horror show didn’t happen, but instead they turn into head-spinning Linda Blairs in “The Exorcist” and want to kill the unfortunate messenger.  Perhaps Facebook will somehow show its fellow Jews that Holocaust denial is good for Jews.