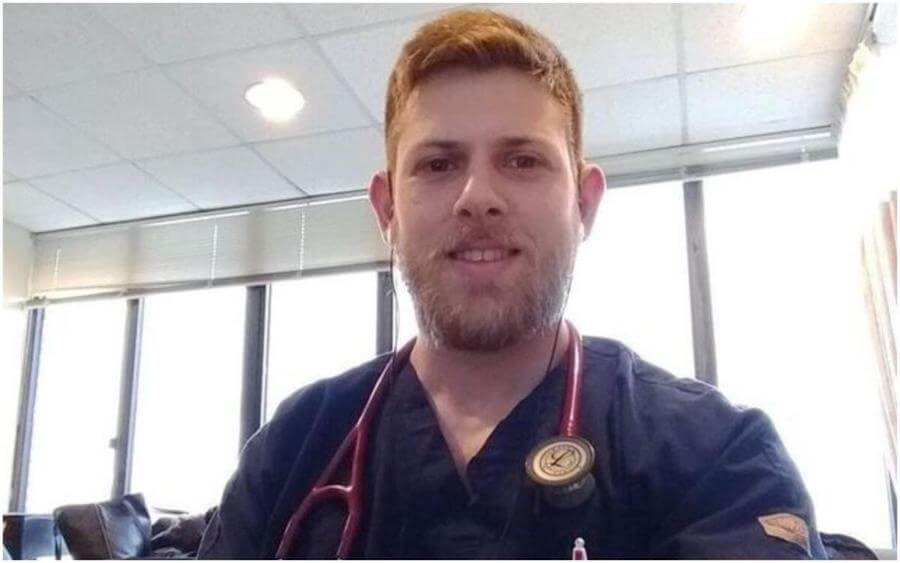 Even when this Jewish physician tried to identify with White values, his superiors refused to let him get away with it:

Dr. Dov Bechhofer, a resident radiologist at Montefiore Medical Center in the Bronx, was removed from duty this week after an anonymous article on the blogging site Medium identified him as an online commenter on a website that promoted white nationalism.

The online poster, who wrote under the name “Dov,” called himself an ethnic nationalist and wrote about his opposition to racial intermarriage and support for proposals to expel non-whites from the US.

He also said he favored “‘tempered’ anti-Semitism” despite being Jewish himself.

Bechhofer confirmed that he made the comments and expressed remorse in a statement emailed to The Associated Press on Thursday.

“I am ashamed of the hurtful, unjustifiable words that I posted online that showed callous disregard toward certain minority groups and am deeply sorry for these transgressions,” he wrote. “The posts do not reflect how I was raised or how I actually treat others. I will continue to struggle to understand what brought me to write them.”

Bechhofer began commenting on white-supremacist websites in the fall of 2016. The doctor said he became interested in the websites out of a “scared curiosity about what was being said on these forums about Jews.”

“But after spending some time in this toxic corner of the Internet, I eventually became numb to the ugliness of that hateful echo chamber and began participating in the dialogue,” he wrote.

Nothing this doctor wrote is unreasonable or “hateful”, and privately a lot of Jews probably agree with his comments, even about Jewish behavior being the true cause of antisemitism.  But when caught, he immediately disavowed these views and played the victim card–and reaffirmed his jewishness.

This doctor had enough insight to understand that Jews and non-Whites are actively working to subvert and destroy White countries that they benefit from living in–the dilemma of all parasites.

But let this be a lesson to any Whites who think that Jews can be part of any White identity or self-interest group–they will denounce you if circumstances demand it.

In the end, this doctor will not be fired as he would be if he were White — he will see a Jewish “therapist” who will perhaps show him how “unresolved” childhood bed wetting issues resulted in his racist and antisemitic adult hysteria–and then he will be free to go back to work.