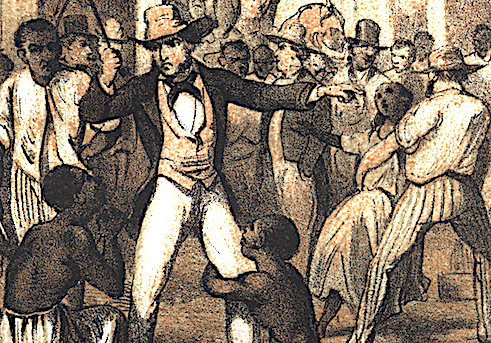 We have an enormous, 100-page file permanently archived in our library of further evidence, entitled Jewish Dominance and Control of the Trans-Atlantic African Slave Trade.

Who was really behind the slave trade?

Hint: It wasn’t the White Europeans who are being blamed for slavery today. Matthew Nolan: “If a slave auction fell on a Jewish festival, it was postponed due to lack of buyers and sellers.”

Who Brought the Slaves to America?

And it isn’t so-called ‘white supremacists’ who are exposing the Jewish domination of the slave trade: it’s Black intellectuals and scholars:

The following Black writer actually apologizes to White people for blaming them for the crimes of slavery committed by Jews:

Dontell Jackson – We Thought They Were White

Thomas Sowell: “The number of whites who were enslaved in North Africa by the Barbary Pirates exceeded the number of Africans enslaved in America and in the American Colonies before that put together.” 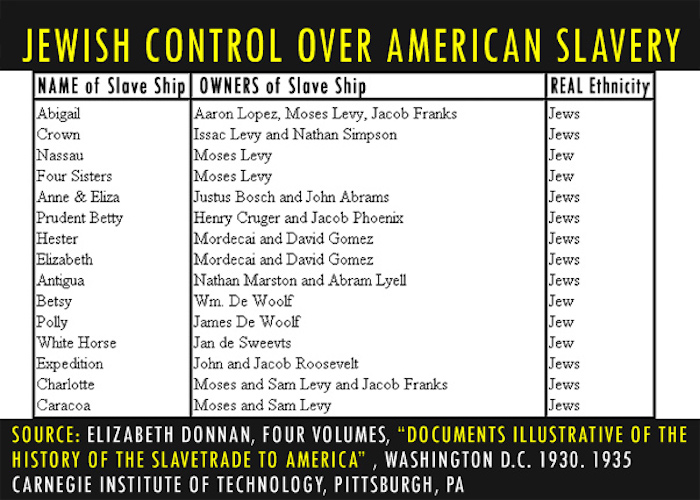 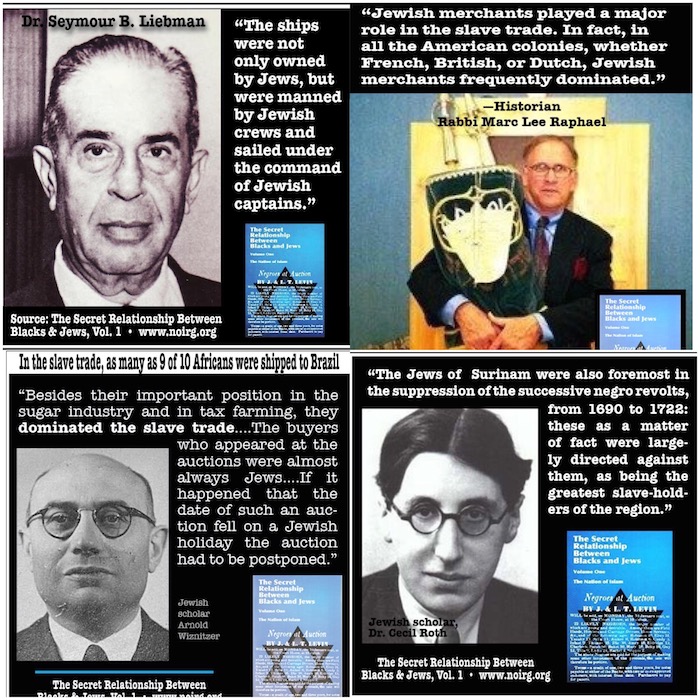 In order to dispel this uncomfortable evidence that Jews dominated the slave trade, Jewish professor, Eli Faber wrote the 1998 apologetic Jews, Slaves and the Slave Trade: Setting the Record Straight, in which he made the audacious claim that Jews were “virtually irrelevant to the history of slavery and the slave trade in the New World.”

And while another Jewish history professor, Marc Dollinger, also downplays the Jewish “dominance” of the slave trade, he is at least is honest enough to acknowledge how Jews defended slavery, participated in it, benefited from it, and ultimately upheld “white supremacy” because it benefited Jews in their rise to social power.  Dollinger’s following lecture discusses some of these uncomfortable issues — using historical documentation to prove Jewish complicity in the slave trade — worth watching:

Who Brought The Slaves to America

The Secret Relationship Between Blacks and Jews