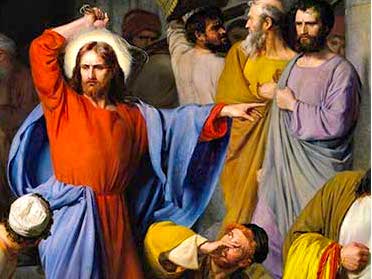 (Jerusalem Post) Embedded in an otherwise tedious and predictable article about the opinions of another “antisemitism” expert — Monika Schwarz-Friesel — a professor in Berlin who has been appointed Germany’s so-called “Antisemitism Czar” — makes a couple of rather astonishing claims: first, that antisemitic ‘neo-Nazis’ are not a serious social problem, and two, that the blame for all antisemitism can be laid at the feet of Christians who deny that their faith is, indeed, “Jewish”:

[In a recent interview with the Jerusalem Post, Schwarz-Friesel stated the following:]

The fight against antisemitism remained focused on the activities of right-wing neo-Nazis, who in fact have very little influence on society as a whole.  In contrast, Israel-related antisemitism and its massive popular impact were ignored.  I clearly blame politicians, civil society and the media for ignoring, belittling and sometimes even participating in the dissemination of Israel-related Judeophobia.

…By the same token, we have to dismiss the wrong but popular idea that contemporary antisemitism equals racism or xenophobia.  Antisemitism is rooted in Christianity’s attempt to dismiss the Jewish basis it evolved from.  As such, it has been an integral part of Western civilization for 2,000 years, deeply shaping the ways in which people think and feel.  Comprehending this unique character of Jew-hatred as a cultural category sui generis rather than as one form of prejudice among others is a precondition to challenging it successfully.

So there you have it, folks, straight from a world “expert” on antisemitism — despite all the bogus propaganda from the likes of the ADL and SPLC, it isn’t neo-Nazis would are a significant social problem, rather it is Christians who are the greatest threat to Jews worldwide.

And what makes Christians such a threat to Jews?  Christians are beginning to rightly figure out that real Christianity is not Jewish in its foundation, character, or spirit.

And as long as Christians are in “denial” of the Jewish influence on their faith, all Jews should apparently worry that they could be rounded up and thrown into Gas Chambers™ disguised as showers, or some such fairy tale like that.

Jewish power is based on the idea that the Christian faith is “Jewish” — and the Jews are our “spiritual elders” — and anyone who doesn’t go along with that lie is a “threat”.

Of course, when certain people who called themselves “Jews” rejected Christ as the promised Messiah of the Israelites, there began a 2,000 year battle between these false “Jews” or “the synagogue of Satan” — as John refers to them as — and the true Christian Israelites, whom Christ specifically came to gather.

Judaism was concocted and codified after the death of Christ — the faith of the Old Testament is not “Judaism” — that claim is a Jewish legerdemain.

Judaism was created in reaction to Christianity — and for the last 2,000 years Jews have been trying to subvert, censor, and “judaize” Christianity to the point that Christianity merges with and become Judaism — as most mainstream Christian denominations have unwittingly become.

Yes, Christians who understand that Christianity is not based on Judaism are indeed a threat to the Jews — far more of a threat than any pagan “White Nationalists” or “neo-Nazis” are.

Judaized evangelical Christian support the ersatz state of Israel far more than diaspora Jews do — Zionists need Christians dupes to keep their nation alive — this dependency is one of their many Achilles Heels.