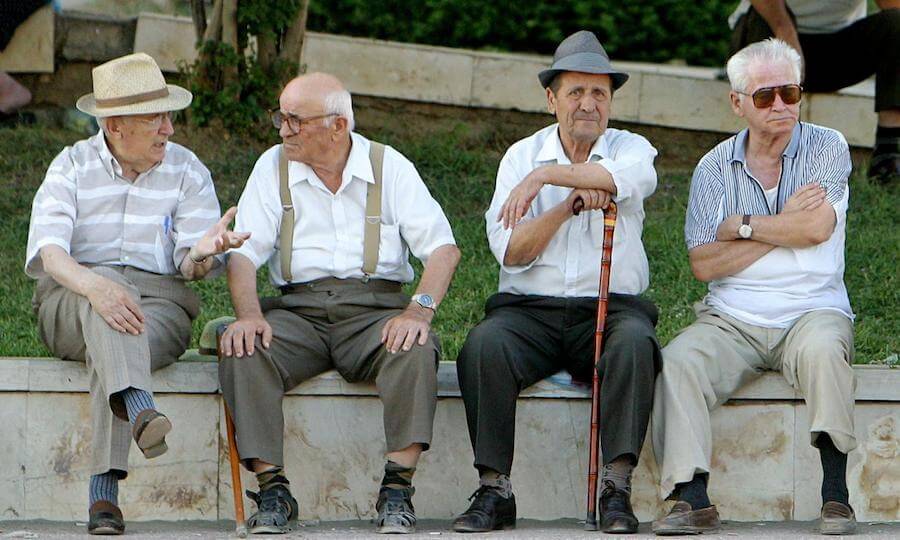 “Older people are more racist – but it’s not because they are ‘from a different time’.

We become more prejudiced as we age because we feel increasingly insecure and anxious about death, psychologists claim.

Scientists said hating a group can bring a sense of belonging and identity to those facing their own mortality because they are able to share that prejudice with others.

…In some, the insecurities brought about by aging lead to self-hatred that is then directed at minority groups, according to psychotherapist Dr Allison Abrams.

‘If you don’t like things about yourself, it’s a lot easier to project that onto others than to look at yourself … Especially if somebody has low self-esteem or has a lot of self-hatred,’ she said.”

The truth is the exact opposite of what this jewish “scientist” concludes.

Older White people may express more truthful “racism” as they age simply because they no longer care what others think of them – they no longer fear being ostracized by the group for unpopular views.

Also, older White people tend to embrace the Christian hope of their ancestors, and Christians, more than any other group, do not fear death – but being jewish, Dr. Allison Abrams wouldn’t understand that at all.