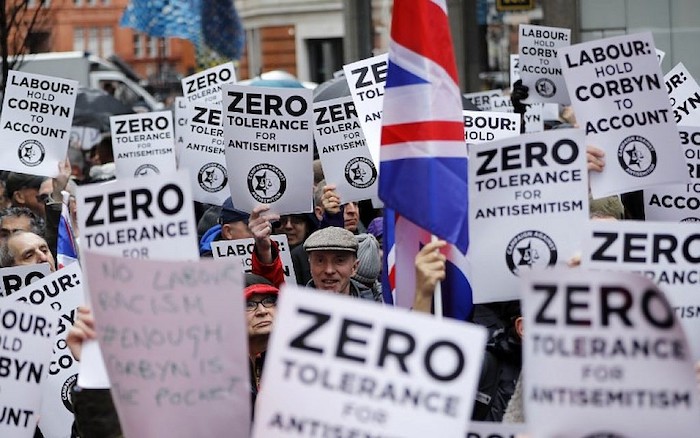 Many studies by Jews themselves have shown that Jews suffer from a much higher rate of mental illness than the general population, and this paranoid obsession over the placement of a hyphen provides objective proof that the jewish mindset is anything but normal:

In April of 2015, Microsoft received an unusual memo. Crafted on behalf of the International Holocaust Remembrance Alliance, a group of scholars issued a “Memo on Spelling of Antisemitism,” urging a change to the mammoth hi-tech company’s auto-correct spelling policy. Until then, a hyphen had been perfunctorily added between “anti” and “Semitism” in the word commonly used for hatred and prejudice against Jews.

Far from being an innocuous debate over semantics, the IHRA claimed that a hyphened “anti-Semitism” gave credence to discredited Nazi racial theories, wherein humanity was divided into superior and inferior subcategories. Additionally, claimed the scholars, a hyphen dilutes and distorts the term’s meaning by implying that groups other than Jews are included within the supposed “Semites” being opposed.

…The term “antisemitism,” coined in 1879, was not a reference to groups of people who spoke similar Levant-based languages. Rather, as “invented” by German journalist Wilhelm Marr, “antisemitism” was intended to give an air of modernity and science to old-fashioned Jew-hatred.

After its inception in Germany, antisemitism — without a hyphen — spread across the continent. The term was never hyphenated in German, Spanish, or French. In English, however, the term has come to appear with a hyphen in most popular usages, outside of Europe.

For the IHRA, the addition of a hyphen to antisemitism is problematic in part because the group sees the hyphen as a “[legitimization] of a form of pseudo-scientific racial classification that was thoroughly discredited by association with Nazi ideology.”

According to the alliance, adding a hyphen also “divides the term, stripping it from its meaning of opposition and hatred toward Jews. Antisemitism should be read as a unified term so that the meaning of the generic term for modern Jew-hatred is clear.

“At a time of increased violence and rhetoric aimed towards Jews, it is urgent that there is clarity and no room for confusion or obfuscation when dealing with antisemitism,” stated the alliance.

Notice the call for “urgency” about this issue — this “alliance” of jewish intellectuals seems to believe that unless everyone — Jews and non-Jews get on the same page concerning the placement of the hyphen–this vestige of “Nazism” might lead to another so-called holocaust, it would seem.

Perhaps, when the EU can finally agree on an “official” definition of “anti-semitism”, they will also be able to agree on the placement of the hyphen. Once they can agree of this definition — and make it illegal — they can start throwing us all in jail for misusing this pernicious hyphen.