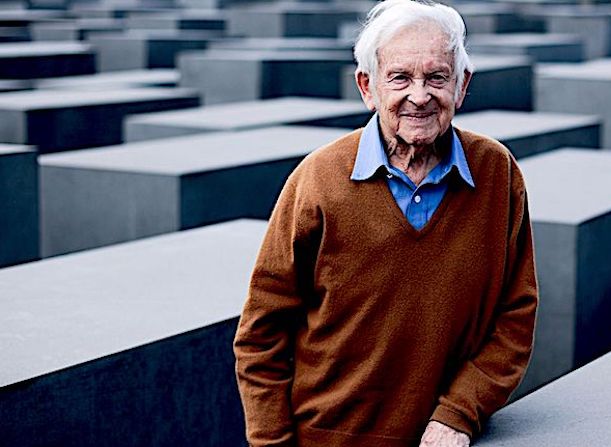 During his testimony at the trial of Adolf Eichmann in 1961, Jewish eyewitness and “artist” Yehuda Bakon made the astonishing claim that the Germans went to the trouble of making the so-called “gas chambers” handicap accessible for Jews with artificial legs.

In his description of the physical “gas chambers,” he stated the following:

In crematoria Nos. 1 and 2 there were two rooms of gas chambers; here, inside the Entkleidungskammer, there was yet another structure which they called a Rutschbahn (a chute) for people with artificial legs who could not walk; they transferred them by the chute directly into the rooms for undressing which were very near the gas chambers. In crematoria Nos. 1 and 2 there was a very long hall divided into two.  I asked them the reason for this and they explained that sometimes there were not enough people and it was a pity to waste the gas, so the people were put into only one half of the hall.

Bakon also provided the court with the only known “detailed” drawing of the legendary “gas chambers” — by someone who claimed to have actually seen them with his own eyes.

Luckily for posterity, Bakon’s artistic skills were able to capture — with chilling precision — how the Germans utilized their infamous engineering prowess to execute genocide on an industrial scale: