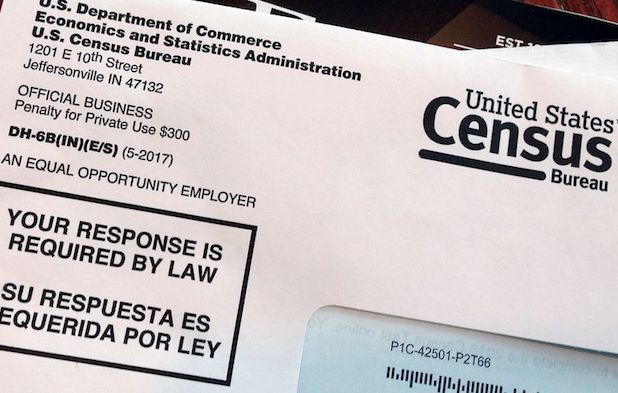 The jewish Federal judge, Jesse Furman, who blocked the Trump administration from using a citizenship question on the 2020 U.S. Census, claimed that doing so would “frighten” certain residents into not participating in the survey:

Judge Jesse M. Furman heard days of testimony, looked at thousands of pages of documents, and, in the end, concluded that the Trump administration seemed to be hiding too much in its explanation for why it decided to ask about citizenship on the 2020 census.

The judge on Tuesday deleted the question from the upcoming count and said if President Trump and his team want to add it back, then they must restart the process.

Judge Furman, who was appointed to the bench by President Barack Obama, rejected immigrant rights groups’ claims that the citizenship question was motivated by racism or other nefarious motives, saying that was never proved.

But he said Commerce Secretary Wilbur Ross ignored the advice of experts and discarded key checks designed to make sure census questions wouldn’t frighten people into refusing to take part.

All sides said his ruling won’t be the last word.

Why would this Federal judge care whether or not a question on the Census “frightened” people from not participating?  Who would be frightened by such a question except for people who are in America illegally?  And it seems like the U.S. Census takers could help the Immigration Service round up and deport people who are in America illegally, and that is the real problem here.  The last thing the nation wreckers want is our government to have an efficient and coordinated system to expel the parasites.

So making an illegal migrant feel so “frightened” that they might be arrested and deported is a “violation of the public trust,” according to this Harvard-educated Federal judge.  The American people have very little trust in the government or the court system to effectively protect them from the unrestricted influx of Third World invaders, and this jewish judge is doing nothing to dispel these negative impressions of a government or judiciary that clearly no longer operate in their interests.