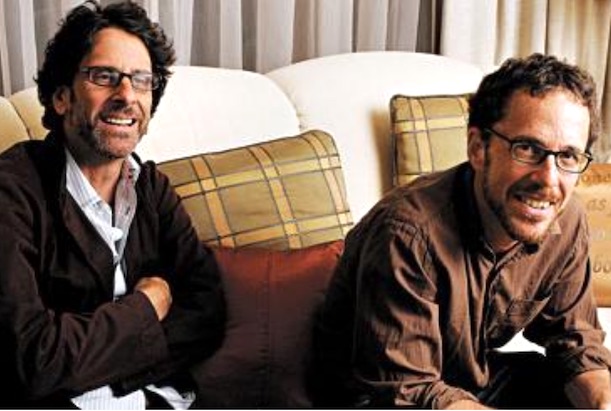 Ten years ago, during an interview to promote their “most jewish” film ever, A Serious Man, the Coen Brothers, two of Hollywood’s most celebrated filmmakers, acknowledged in an interview that Jews do indeed run Hollywood:

“We’re Jewish film-makers, for sure,” admits Joel Coen, one half of the Oscar-winning sibling team whose brand of ironic, darkly eccentric and often violent cinema has dominated independent American film-making for 25 years.

“We’ve never tried to hide that or tip-toe around it,” chips in his brother Ethan, three years his junior. “Hollywood has always been largely Jewish, although made of Jews who wanted to assimilate. As a friend of ours once said: ‘If the movie business wasn’t difficult, God wouldn’t have given it to the Jews.’”

Of course, this interview was published in The Jewish Chronicle whose audience is almost entirely jewish, and Jews speak very differently when they have a jewish audience.  No one bats an eye when one of the most powerful, successful, and celebrated film directors in Hollywood states matter-of-factly that, yes, Jews run Hollywood.

If anyone else says that, the ADL will immediately put out an All Points Bulletin and demand whatever goy said it apologize, be fired, and visit Auschwitz just for good measure.

This blatant double-standard for which Jews are deservedly famous can easily be explained, of course.  When Jews say Jews run Hollywood, they mean it in a good way, even though it’s doubtful you could get either of the Coen Brothers to admit that Hollywood is better off with Jews in control — they are jewish but apparently not slavishly jewish.

However, when non-Jews point out that Jews control Hollywood, we usually mean it in a “bad way”.  In other words, we expect anyone with that much power to influence society to use that power responsibly and for the betterment of everyone.  And to expect that out of Jews is clearly “antisemitic”.

This scene from A Serious Man sums up the attitude that Jews have toward each other and to the “goyim”, to use the phraseology of the Coen Brothers: