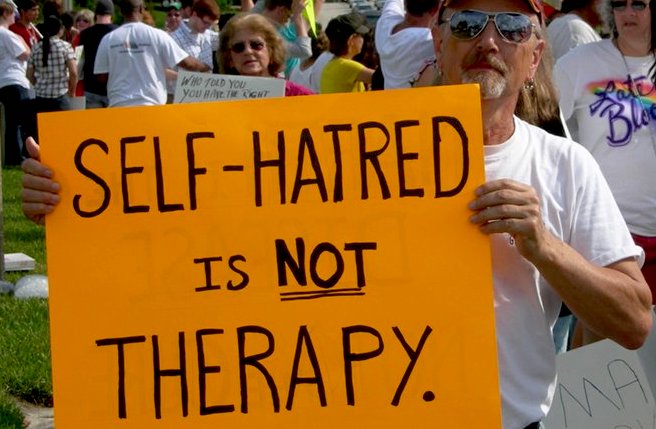 Despite having admitted to performing homosexual acts upon underage children, a ‘gay conversion’ therapist, Reuven Welcher, will serve no jail time according to a plea deal he negotiated with an Israeli court:

The Health Ministry advises against so-called “gay conversion” or “reparative” therapy, calling it scientifically dubious and potentially dangerous, but no law prohibits it. Proponents say therapy does not “convert” clients, but boosts self-esteem and masculinity, which they say can reduce homosexuality.

In Israel, practitioners say their services are in demand, mostly by Orthodox Jewish men trying to reduce their same-sex attractions so they can marry women and raise a traditional family according to their conservative religious values.

Reuven Welcher, 45, tricked two boys into believing indecent acts he performed on them were a necessary part of the therapy, according the charge sheet filed at the Jerusalem Magistrate’s Court in September 2017. Unaware that they weren’t, the boys consented to the acts.

The indictment said that one of the plaintiffs met Welcher dozens of times between 2007 and 2012, including when he was a minor. During those meetings the defendant was said to have made the plaintiff dependent upon him and to have taken advantage of that.

As part of the conversion therapy, Welcher told the boy to perform tasks such as writing 40 things that make him a man, the indictment said. When Welcher wasn’t happy with the results, he would shout at the boy, humiliate him and threaten to stop the therapy.

Welcher confessed to the charges as part of a plea deal, according to which the prosecution will ask the court to sentence him to community service rather than a prison term. However, Welcher will first undergo an assessment to determine he isn’t dangerous to the public.

…Leading medical organizations in the US say there is no proof sexual orientation change efforts are effective, and that therapy can reinforce self-hatred, depression and self-harm.

The Israel Psychological Association reached similar conclusions in a 2011 position paper, which the Health Ministry adopted in late 2014. But the association also endorsed a claim practitioners make, that “political correctness” likely prevents the funding and publication of studies examining the therapy’s potential effectiveness.

It seems that everywhere young jewish boys and men turn, there is a creepy sexual predator trying to come up with new, sick ways to seduce them.  It’s no wonder that so many adult jewish men become involved in socially destructive behaviors, such as advocating for abortion on demand or transgender surgery.  In a sane world, any doctor who performs an abortion or transgender surgery would have their license revoked, but sanity and “normalcy” are now considered “fascist” out-dated concepts.

Ironically, ‘gay conversion’ therapy is not ‘quack science’, and many homosexuals have been successfully treated with it, but because of political pressure, many “scientists” have been handsomely rewarded to claim otherwise.  It’s a developmental and emotional disorder, not a “lifestyle choice” or “healthy alternative” to heterosexuality.  So it’s not too surprising that being a ‘gay conversion therapist’ would be the perfect cover for a pedophile and predator like Welcher.  But luckily, because of his jewish privilege, he won’t be doing any jail time.