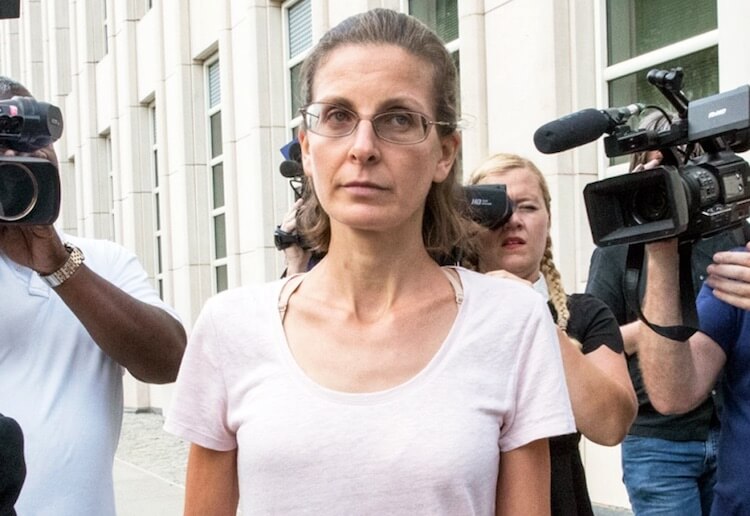 In what may just be the tip of the iceberg, Clare Bronfman – the wealthy jewish heiress – was arrested for sex trafficking, racketeering, and other charges:

An heiress to the Seagram’s liquor fortune has been released on $100 million bond after pleading not guilty to racketeering charges related to NXIVM, a New York self-help group accused of branding women and forcing them into unwanted sex.

Clare Bronfman, a daughter of the late billionaire philanthropist and former Seagram chairman Edgar Bronfman Sr., surrendered to the FBI and pleaded not guilty to racketeering charges.

A lawyer for Bronfman, Susan Necheles, sought her release on $25 million bond. But U.S. District Judge Nicholas Garaufis set the amount at $100 million after hearing prosecutors label her a flight risk and learning she has a net worth of roughly $200 million, including a stake in an island resort in Fiji.

Bronfman, a former competitor in international equestrian show jumping competitions, is accused in an indictment of taking a number of steps to help NXIVM’s founder and leader, Keith Raniere, exercise control over members of the upstate New York group, including identity theft, interception of electronic communications and money laundering.

Bronfman was part of an “inner circle” of loyalists who “committed a broad range of serious crimes from identity theft and obstruction of justice to sex trafficking, all to promote and protect Raniere and NXIVM,” U.S. Attorney Richard Donoghue said in a statement.

The Bronfman famiily made its ill-gotten fortune through the illegal liquor trade which they ran in connection with jewish gangster Myer Lansky. Bronfman family frontman, attorney, and bagman, Louis Bloomfield, was intimately involved with different players of the JFK hit.

As Piper wrote, “The Bronfman fingerprints around the JKF assassination are everywhere.”