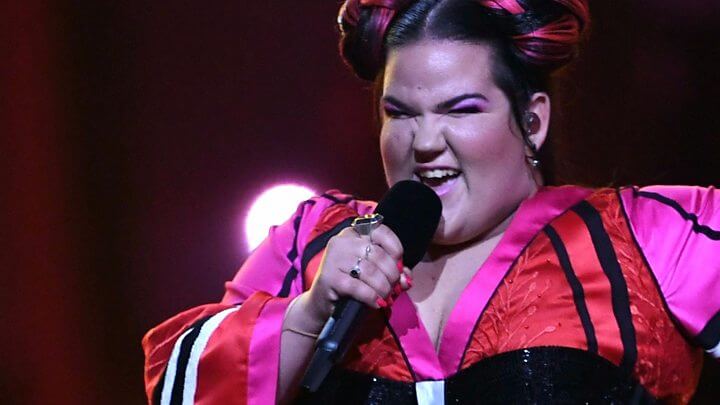 “Israel’s win in the 2018 Eurovision Song Contest is in jeopardy after a major US record corporation threatened to sue the composers of the Israeli entry over alleged copyright infringement.

Video of her “performance” at Eurovision (warning: strange):

Historically, jews have rarely been accused of being original artists, and their penchant for plagiarism and art forgery is well-documented – even going back to Albert Einstein – so none of this should come as any real surprise.

What is surprising is how this Israeli was ever allowed to compete in a European talent contest. Since when is Israel part of Europe? Jews love to create new awards to give themselves, only this time they got caught – yet again – with their hand in the cookie jar.