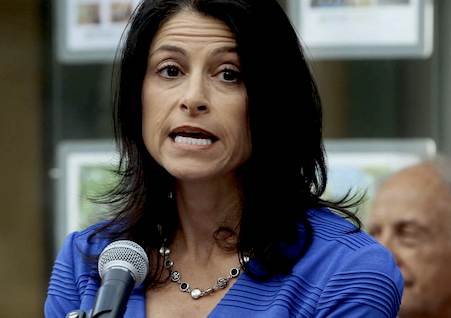 Michigan’s largest Christian adoption agency informed its employees that it will comply with a decision issued by the state’s lesbian attorney general, Dana Nessel, that requires faith-based adoption agencies to place children in homes of so-called “LGBTQ” couples if they want to receive taxpayer funding:

Bethany Christian Services, a global nonprofit founded in Michigan in 1944 that currently operates in 35 U.S. states, has announced it will facilitate the placement of foster care children into gay and lesbian households in Michigan. The change will not impact other contracts the organization is currently is engaged in. Nor will it affect their privately funded infant adoption and international adoption services. The agency’s national board of directors voted to alter their Michigan policy on April 11.

Bethany’s decision to jettison its previous support of biblical marriage occurred less than three weeks after Michigan’s increasingly anti-Christian attorney general, Dana Nessel, unilaterally voided a package of bills passed in 2015 by the state legislature that carved out conscience protections for religious adoption agencies. At the time, Nessel, who is “married” to a woman, said the laws were a victory for “hate mongers.” Bethany’s board notified employees of its capitulation to Nessel’s demands on Holy Thursday last week.

Of the three major Christian adoption agencies in Michigan, Bethany handles by far the most adoption cases for the state. The group’s financial statements reveal that in 2016 and 2017, respectively, 62% and 65% of their operating revenue came from government reimbursements. According to MLive.com, Bethany was overseeing 1,159 cases, or 8% of the state’s approximately 13,000 adoption cases, as of February 2019. Catholic Charities handled 404 cases, or 3%, while the Lansing-based St. Vincent Catholic Charities had 80 cases, or less than 1%. St. Vincent recently announced it filed a lawsuit challenging Nessel’s coercive ruling, which has been strongly rebuked by social conservatives.

When you hire a jewish lesbian to enforce laws in your state, this is the anti-family agenda that you can expect.  To believe that homosexuals are just like heterosexuals except for the gender they chose as a “spouse” is the same kind of wishful thinking that believes Christians are just as likely as arab Muslims to carry out a terrorist attack.  As this article points out, children raised by queers are far more likely to develop mental and emotional problems, which is completely predictable once you awaken from your liberal brainwashing.

Homosexuals are far more likely than heterosexuals to engage in domestic violence and pedophilia, despite the propaganda of the queer-friendly media blitz.  Queers also have much higher levels of mental illness, drug abuse, and suicide, but apparently those qualities are all now considered “pro-family”.  Homosexual groups have long targeted foster care as a source for getting vulnerable children into their homes and under their power, and the lesbian Attorney General is doing her part in making sure that the supply of young children is not interrupted by incompatible Christian values.