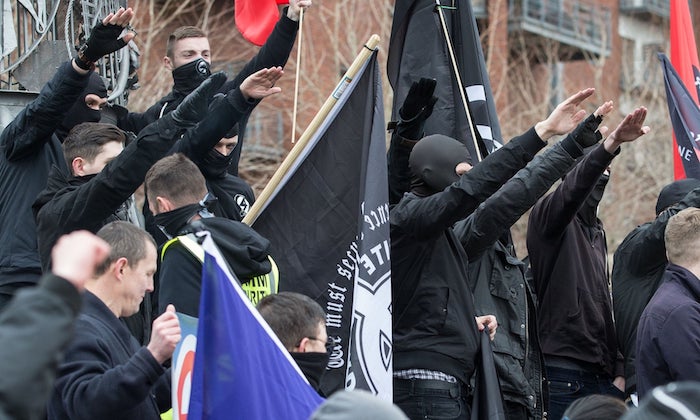 After the arrest and imprisonment of members of National Action, a banned pro-White political group in the U.K., the jewish media smells blood and demands even more draconian steps be taken to crush any opposition to their radical agenda:

When looking at far-right reactions to the outcome of the latest National Action trial, I was shocked by the amount of sympathy, glorification and belittlement that I came across. “What a lad,” one 4Chan user wrote about the convicted National Action member Mikko Vehvilainen, who wanted to prepare for the coming “race war” by establishing an all-white enclave in a Welsh village. “Police found Hitler stickers in his home. Made me chuckle,” another one commented. One user even called the terrorist organisation “the only truly legit nationalist group in Britain” and another one complained that “they treat National Action like they’re the IRA, despite the fact that they have done literally nothing.”

These overtly sympathetic expressions for a group that celebrated the murder of Jo Cox, called for a “white jihad” and plotted terrorist attacks against Labour MP Rosie Cooper, should ring alarm bells. National Action is an exceptionally violent and hateful group, but it would be naive to believe that by jailing its members the threat from far-right militancy in the UK has been eroded. In the past year, sympathisers of the organisation have geared up in an attempt to normalise antisemitic, racist and anti-democratic ideologies, sometimes hiding extremely hateful messages behind ironic memes and satirical posts to escape prosecution….

Frustrations about free speech limitations on social media have been among the most commonly exploited grievances that have paved the way for far-right extremist groups to spread conspiracy theories and radicalise new audiences.

…Some stopped consulting Wikipedia, instead opting for Metapedia, where the Holocaust only took place according to “politically correct history”.  Meanwhile, Bitchute, DTube and Pewtube established themselves as “censorship-free alternatives” to YouTube, attracting mainly conspiracy theorists and Holocaust-deniers. Even dating platforms such as Wasp Love, which are exclusively for white Anglo-Saxon Protestants (Wasps), have been created – and serve the far-right as an alternative to Tinder.

At the Institute for Strategic Dialogue we have worked with governments and tech firms to track incitements to violence and explicitly racist content on the internet and accelerate their removal. The echo that National Action created across the internet shows that online extremism needs to be seen as a cross-platform threat that will require a holistic approach and close cooperation between policymakers, the tech sector and researchers.

But ultimately, banning extremist groups and forcing platforms to remove harmful content can only be one dimension of the solution. It is much more important to immunise young people against extremist attempts to instrumentalise their fears, twist their perceptions and hijack their desires. Media literacy and digital citizenship training could be a first step to help them to brace themselves against the manipulative tactics used by extremist movements.

Julia Ebner, the jewess who wrote this op-ed piece of rubbish, is not “Austrian” but rather a Jew who happens to currently reside in Austria.   But since “rootless cosmopolitan” Jews control all of the mainstream European news media, it doesn’t matter where they reside — they all have the same hatred for the White societies in which they live, and they feel no restraint from forcing their opinion on White behavior anywhere in the world.

Jews like Ebner trumpet freedom of speech until they are firmly entrenched in power, and then they start advocating censorship and lecture us on the “dangers” of free speech.  Jewish hypocrisy is the ultimate redundancy.

Anyone who opposes the jewish agenda for any reason is by definition an “antisemite”, and any White person who thinks that they can escape that smear is merely fooling themselves.

The Jews want nothing less than to ressurect the old judeo-Soviet gulag prison system where any “counter-revolutionary” who opposes their murderous agenda will be sent to be “rehabilitated”, and if they can’t be “rehabilitated”, they will be either worked to death or shot in the back of the neck.

Of course, Ebner would claim this is just another “conspiracy theory,” but then again, Ebner makes a living by lying about White people, so what else would you expect her to say?  It’s Ebner that belongs in a camp, not any of us. 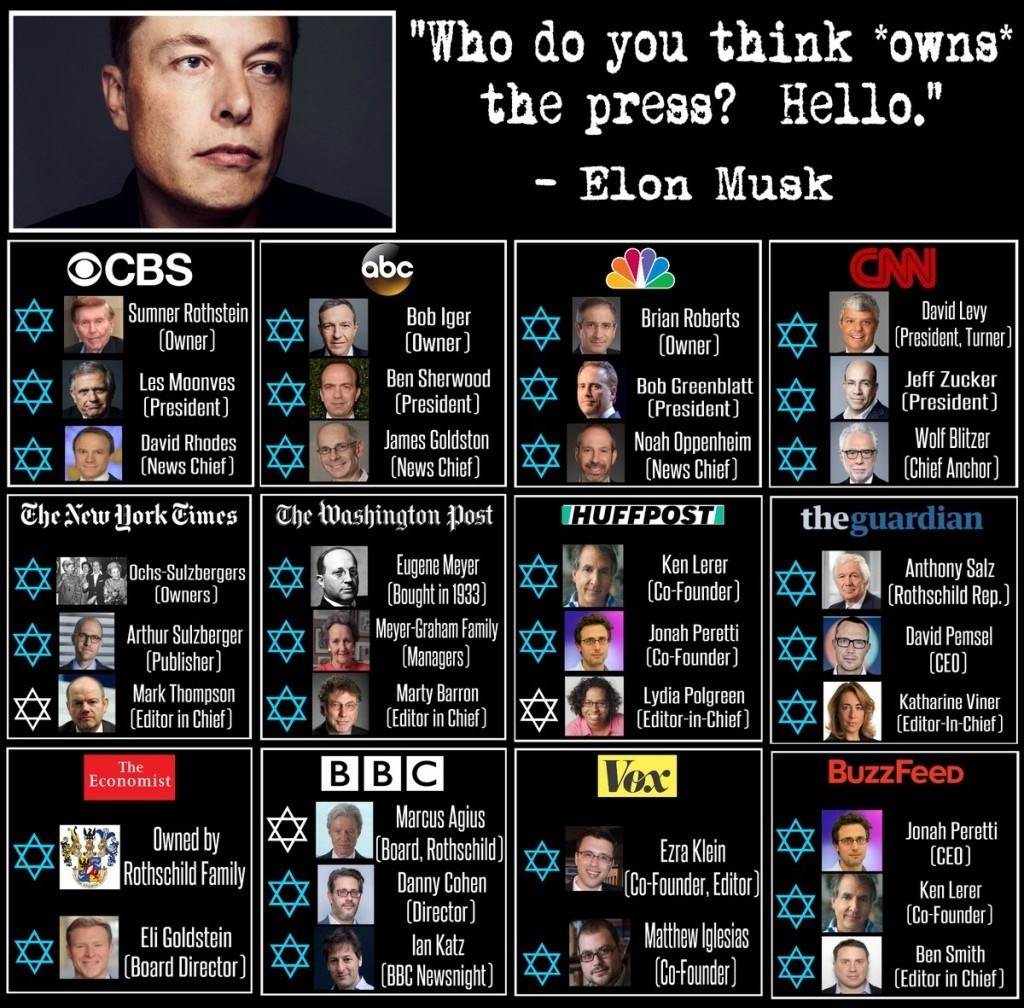