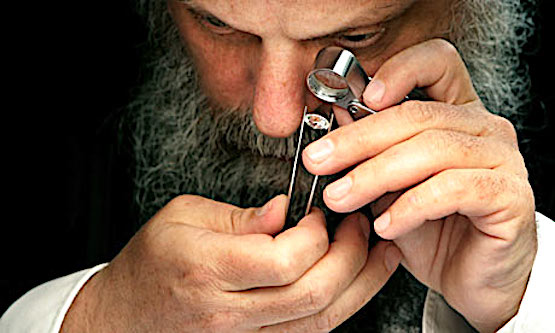 Because of budget cuts associated with the so-called “plandemic”, Belgium announced plans to stop providing free armed security to synagogues in Antwerp using trained soldiers from the military:

The plan, which has not been finalized, would end the army’s protection in the city’s Jewish neighborhood in September. The redeployment is connected to budgetary and manpower shortfalls in Belgium, where COVID-19 has severely impacted the economy and claimed more than 9,000 lives.

“The Jewish community needs more, not less, protection in these difficult times,” the Forum of Jewish Organizations of Flemish Jews wrote in a statement published Monday about the plan.

Belgian troops were first posted to guard Jewish institutions in Antwerp in May 2014 after an Islamist murdered four people in a terrorist shooting at the Jewish Museum of Belgium in Brussels, located about 40 miles south of Antwerp.

Antwerp has about 100 Jewish institutions servicing a predominantly ultra-Orthodox population of 18,000 people.

In 2018, an unidentified man was filmed stealing mezuzahs from the door frames of 20 Antwerp homes days after a Jewish man and his son narrowly escaped being rammed by a passing vehicle that swerved in their direction onto the pavement while they were walking to synagogue on Shabbat. [But] Police said there was no indication the incident was a hate crime.

In 2017, police apprehended and briefly detained a man who allegedly assaulted a ultra-Orthodox Jewish man on the street in Antwerp while shouting “Jew.”

Why did Orthodox Jews in Antwerp suddenly need armed military protection after an attack at a Jewish museum over 40 miles away from Antwerp?

And only two of the people killed in that attack were Jews — and they weren’t even Belgian Jews — they were Israeli tourists.

Perhaps this armed protection racket has more to do with the fact that the Jews of Antwerp are up to their eyeballs in the world’s international diamond trade — and all the new Muslim migrant criminals are drooling over these Jews walking the streets carrying diamonds on them.

Certainly, Jews don’t need armed security merely because some guy stole 20 mezuzahs from some random door frames, as this article seems to suggest.

Of course, these cutbacks are only proposed at this point — don’t be shocked if some well-timed kvetching by some influential Belgian Jews will ensure that their free military armed security guards will remain in place come September.

After all, highly-placed EU politicians have called for all Jews in Europe to have armed police escorts because of the “dangerous” rise of antisemitism™.