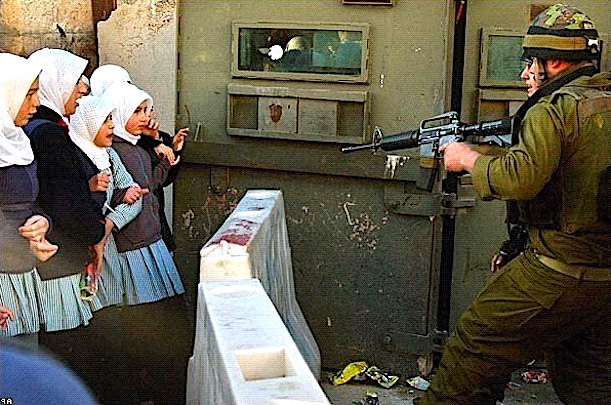 A Jewish newspaper serving the Orthodox community in New Jersey’s northern suburbs apologized for an article that “joked” about shooting 100,000 Palestinians to celebrate Purim:

The article in the Feb. 24 edition of The Jewish Link carried the headline “100,000 Palestinians shot by Israeli soldiers.” The attempted joke was that the “shots” referred to COVID-19 vaccinations.

The New Jersey chapter of the Council on American-Islamic Relations and American Muslims for Palestine of New Jersey criticized the paper for making light of violence against Palestinians.

“Suggesting the systematic murder of 100,000 people of an oppressed minority will never make for good comedy,” Selaedin Maksut, the executive director of CAIR-NJ, said in a statement, reports NJ.com.

“We apologize,” read a brief statement in last Thursday’s edition of The Link, which included a letter of complaint from the president of The Muslim Society of Bergen County. “It was offensive, in poor taste, and we regret it.” The article was removed from the online version of the paper.

Not only did the article in question (see image below) advocate shooting 100,000 Palestinians — but also looked forward to the opportunity of getting to shoot them twice — because, well, everyone gets two COVID “shots” — wink, wink.

As the saying goes, “Truth in jest” — Purim is the annual holiday when Jews celebrate the destruction of their perceived enemies — allegedly based on the spurious Book of Ester in the Old Testament.

We say “spurious” because not only was the Book of Ester not found in the Dead Sea Scrolls, it’s the only book in the entire Old Testament that doesn’t mention God — and includes “historical” events that are demonstrably fictional.

That said, it’s the time of year where Jews ghoulishly pray for –and celebrate — the destruction of all those who have dared oppose them — which basically means everyone they’ve ever come in contact with.

The timing of the Nuremberg Trials and Purim wasn’t lost on Julius Streicher who infamously shouted out, “Purim Fest, 1946!” on his way to the gallows right before he was hanged.

But imagine the roles reversed here — imagine any “goyim” who “joked” about killing one Jew — let alone 100,000 of them.

A simple “apology” would never suffice — no doubt the FBI and Homeland Security would do a full investigation, and those responsible would lose their jobs and livelihood — and even face “hate crime” charges for “incitement to violence.”

Along with endless references to the “Holocaust”.

Ironically, according to the official report of the International Red Cross, only about 150,000 Jews actually died in the German concentration camps during World War II — but it was so traumatic for them that it felt like 6 million were killed.

But when IDF Chief Rafael Eitan compared Palestinians to “drugged roaches in a bottle,” he was just making an off-color “joke” — but when Louis Farrakhan called Jews “termites,” it was as if he murdered “another” 6 million. 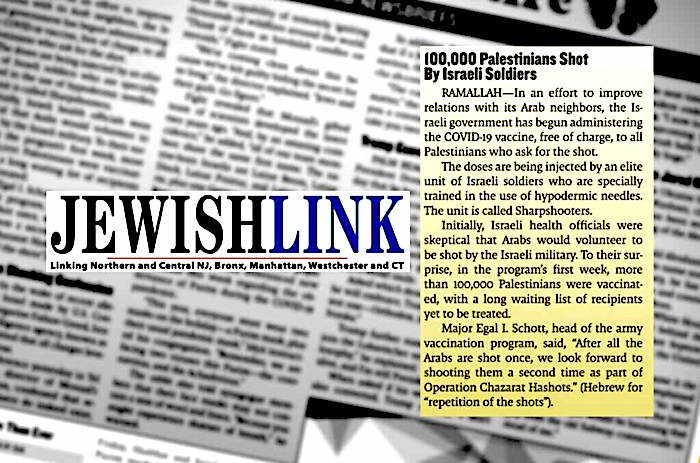