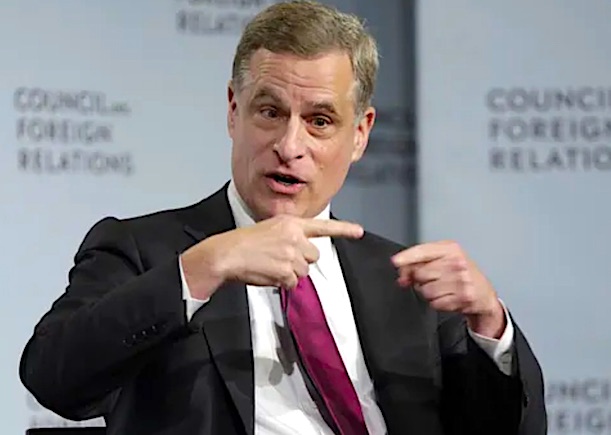 Robert Kaplan, the Jewish President of the Dallas Branch of the Federal Reserve Bank, which is part of a privately-owned banking consortium controlled by the Rothschild banking dynasty, alleged that ‘systemic racism’ which causes high unemployment levels among black and Hispanic Americans is creating a drag on the U.S. economy:

“A more inclusive economy where everyone has an opportunity will mean faster workforce growth, faster productivity growth and will grow faster,” Kaplan said on CBS’ “Face the Nation.”

Kaplan said he agreed with his counterpart at the Atlanta Federal Reserve Bank, Raphael Bostic – the Fed’s only African-American policymaker – who on Friday called for an end to racism and laid out ways the U.S. central bank can help.

The comments by the Fed policymakers follow weeks of nationwide protests against police brutality and racism after the May 25 death of George Floyd, a black man, in Minneapolis. The white police officer who knelt on Floyd’s neck has been fired and charged with murder.

“It’s in the interest of the U.S.,” Kaplan said. “The fastest-growing demographic groups in this country are blacks and Hispanics. If they don’t participate equally, then we’re going to grow more slowly.”

Kaplan said the Dallas Fed and the Federal Reserve System have been working for years to improve skills training and education for blacks and Hispanics, who have long endured a higher level of unemployment than whites.

Overall unemployment, which spiked dramatically during the shutdowns, is on the way down, Kaplan said, adding that he expects to see positive job growth starting this month.

He said fiscal policy, which is set by Congress, will be a critical element of the recovery, including unemployment benefits, possibly “restructured to create more incentives for people to go back to work,” and benefits to state and local governments.

Yes, blame White people for the inability of unskilled and uneducated ‘people of color’ to find jobs in an economy which the Federal Reserve Bank has been hypocritically instrumental in de-industrializing over the last 40 years.

Unskilled southern Blacks moved North after WWII in large numbers to find work in the booming factories — but those factories largely no longer exist, leaving Blacks suited for that work unemployable in this new hi-tech service economy.

And now those unskilled Blacks have to compete for jobs with tens of millions of unskilled migrants from the Third World that Jewish politicians and organizations, like the ADL, are sponsoring.

Those government jobs have replaced factory jobs as the backbone of the now artificial Black middle class in America — anti-racist affirmative action hiring programs were essential for that transition.

If the different races were equally capable of equal outcomes, then the Third World wouldn’t be the Third World, and its populations wouldn’t be flooding into White nations to live off of them — they’d be building vibrant economies themselves at home.

But it is illegal to acknowledge that reality — instead the Federal Reserve will continue to loan governments billions at usurious rates to enact programs to eradicate differences in race-based outcomes, which they cynically know is impossible.

There has yet to be created any race-neutral mental acuity test — even by Blacks — where all races perform equally.

So ‘experts’ have pronounced that a meritocracy is a racist impossibility in diverse America — or anywhere else.

Of course, the easiest way to eliminate racial disparities is to eliminate White people — but don’t worry, they are working on that  “program” too.