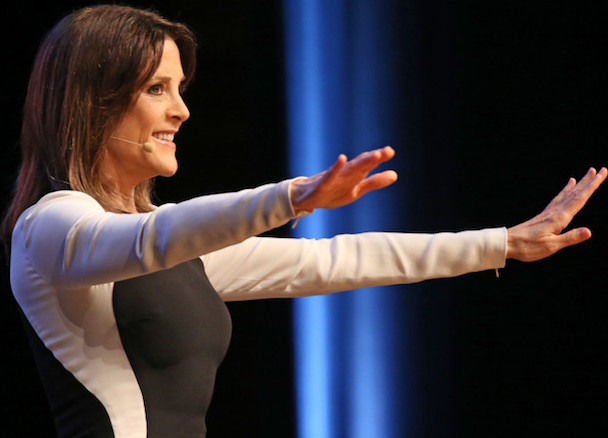 Presidential long shot Marianne Williamson, the jewish New Age guru who claims her ‘teachings’ come directly from Jesus via her jewish mentor, Helen Schucman, recently told her ‘fellow white people’ in the crowd at one of her talks in Houston in 2018 to prayerfully apologize to the Black individuals in attendance, repeating after her:

I am going to ask the White Americans in the room to please repeat after me:
On behalf of myself, and on behalf of my country, to you and all African Americans, from the beginning of our nation’s history, in honor of your ancestors and for the sake of your children, please hear this from my heart…

I apologize. Please forgive us.

With this prayer, I acknowledge the depth of evils that have been perpetrated against black people in America.

From slavery, to lynchings, to white supremacist laws, to the denial of voting rights, to all the ways both large and small, that abuses have occurred — all of them evil, all of them wrong.

For all the oppression and all the injustice, I apologize. Please forgive us.

I apologize. Please forgive us.

Like Kim Heller, the jewish communist agitator in South Africa, part of Marianne Williamson’s schtick is to pretend to be White in order to subvert and destroy Whites by handing their societies over to her fellow Jews and their Black lackeys eager for free crumbs to fall off the cake as it passes hands.

A major part of this subversive agenda is to replace the suffering of Christ on the Cross with the alleged suffering of the Jews in their so-called Holocaust, along with the lesser suffering of their Black stooges at the hands of “evil” White slave owners.

Of course Jews like Marriane Williamson always fail to mention that Jews comprised less than 1% of the pre-Civil War population in the American South yet up to 40% of them were slave owners.  She also conveniently neglects to admit that her fellow Jews were the dominant slave traders in America.

So if anyone needs to apologize to Blacks for slavery, it’s the Jews who have done their best to rewrite the history books to exonerate themselves and firmly place the blame on Whites, who, sadly have accepted that collective shame to their own detriment.