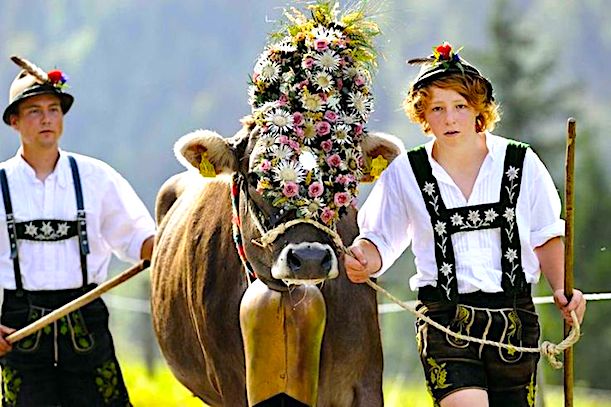 Jason Stanley, a Jewish professor at Yale whose specialty is radical social and political ‘philosophy’, wants to help us diagnose and identify “real” Fascism, lessons found in his self-help book How Fascism Works, which has now been translated into a dozen languages:

The book is divided into ten chapters — each representing a key tactic of fascism in its bid to acquire and maintain power. Some of these will come as no surprise to any student with a nodding acquaintance of history — the use of propaganda, the brazen lying, the focus on law-and-order, the idea of purity and especially racial purity.

The book also has fascinating sections on how fascism conjures up an image of a halcyon past (and promises the country a return to glory), how it posits the victimhood of the “decent” majority while blaming immigrants and minorities for all societal problems and how it attempts to undermine institutions that act as a check on power — the press, the judiciary, opposition parties, civil society. That the traditional fascist tactic of attacking “elites” and “experts” in universities and the civil service appears to have become mainstream in British political discourse should probably give us all pause.

There are some pillars of fascism identified by Professor Stanley that have been more overlooked by others. They include the way fascists raise and exploit the threat of sexual violence — the Ku Klux Klan was obsessed with black sexuality, while more recently the German neo-fascist AfD raised the spectre of hordes of sexually incontinent Middle East refugees. Then there’s the romanticism of the countryside and the fear of the liberal, degenerate city. Both before and after the collapse of the Austro-Hungarian Empire, the Nazis and Austro-Fascists were able to tap into, and then amplify, the widespread suspicion that Vienna was the Devil’s playground.

Among contemporary figures linked to fascist ideology, Jason Stanley cites the Hungarian leader, Viktor Orban, and the Brazilian President, Jair Bolsonaro, “the tropical Trump,”; he covers, too, the Hindu Nationalist BJP in India and developments in Putin’s Russia. Not to be forgoten, of course, are substantial Far-Right parties in many countries — Germany, France, even Sweden (so often caricatured as a social-democratic utopia).

The book might not have garnered as much attention as it has, had it not been for the current occupant of the White House. Stanley labels Trump’s tactics “fascist”, but never goes as far as calling Trump himself a fascist. He calls his movement fascist, while Trump himself “is more like a fascist wanna-be”, operating within a (still) democratic government.

“My family background has saddled me with difficult emotional baggage”, Jason Stanley notes in How Fascism Works, “But it also, crucially, prepared me to write this book”.

His mother was born in Eastern Poland and spent her first few years living off potato peelings in a Siberian labour camp.  She was repatriated aged five, with her mother, and reunited with her father. After Professor Stanley’s grandfather was set upon and nearly killed by antisemitic hoodlums in 1948, the family left Warsaw, emigrating to the US.

His father fled Germany in 1939, aged five, with his grandmother Ilse. She sounds an extraordinary woman. For two years, from 1936, she disguised herself as a Nazi social worker so that she could help rescue hundreds of people from the Sachsenhausen concentration camp. Back in Berlin, she struggled to convince her Jewish friends and neighbours about the reality of Camp conditions. Ilse’s father was the main cantor and one of the founders of Belsize Square Synagogue.

Jason Stanley himself had a comfortable middle-class upbringing in upper state New York – his father an academic, his mother a court stenographer. He’s raising his kids in Jewish traditions. How Fascism Works is the product of his family background and his sense of solidarity with those facing discrimination. “To me, my Judaism means an obligation to pay attention to equality and the rights of minority groups.”

The Fascist Movement truly began in Spain in the 1920s — and then Italy — as a Christian backlash against the Jewish Bolshevik Revolution in Russia, but don’t expect this ‘professor’ to mention that salient fact.

Reading between the lines, we can clearly see that virtually everything the so-called “fascists” are reacting against is Jewish — decadent urban cosmopolitanism, sexual depravity, multiculturalism, and large government bureaucracies in which Jews have a habit of entrenching themselves.

And in typical Jewish fashion, he openly mocks the tendency of Whites to romantically look back to their agrarian past — the dreaded “blood and soil” ethos that is the antithesis of rootless Jewish cosmopolitanism…

…Everything decadent and destructive that the Jewish-dominated Weimar Republic represented.

So, in essence, Professor Stanley is helping us all identify ‘antisemites’, not merely so-called fascists — anyone who dares criticize Jewish values and proclivities.

We have to wonder why his mother was thrown in a Soviet gulag in Siberia — most likely she was an agitator.  The same is true for his grandfather who was allegedly “nearly killed” in Poland by “hoodlums” — but we suspect he was a communist who had betrayed someone to the authorities.

Like all Jews, Professor Stanley seems to be “saddled” with “difficult emotional baggage” — paranoia, self-loathing, and pathological emotional narcissism.

Edmund Husserl, another Jewish ‘philosopher’, once noted that paranoiacs can feel only their own pain, but never the pain they inflict on others — a universal trait of Jewry down through the ages.

And do we really need to guess why this obscure Jewish academic gets to have his book full of banal and shop-worn anti-Christian ideas translated into a dozen languages — it’s his Jewish privilege that Jews have assured us does not exist.

If someone should were to write a book instructing us how to identify Bolsheviks like Professor Stanley, it’s unlikely it would be translated into any other languages let alone dozens. 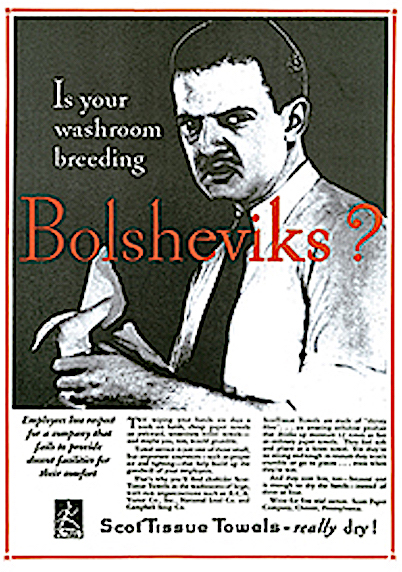