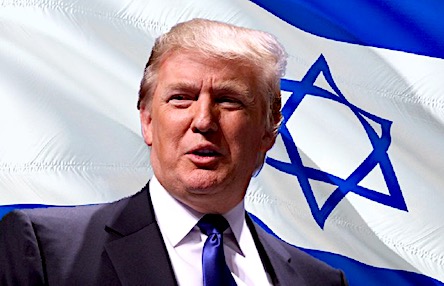 In a recent Newsmax TV show, jewish host Wayne Allyn Root, a rabid supporter of President Trump, made some hyperbolic claims about the President’s popularity which have raised some eyebrows:

“In America, American Jews don’t like him,” he continued. “They don’t even know what they’re doing or saying anymore. It makes no sense. But that’s okay. He keeps doing what he’s doing. He’s good for all of us. Good for Jews, good for blacks, good for gays.”

“He is good for everyone in America who wants a job,” Root finished.

Trump tweeted Root’s comments, thanking him in a series of tweets Wednesday morning.

The hardcore Zionist Jews (s)elected Trump, not the American people, which is why Trump has spent his entire first term checking off items on their “To Do List,” and bragging about it:

Next up is letting Israel annex the West Bank and blaming “Islamic extremists” on the upcoming destruction of the Al-Aqsa mosque on the Temple Mount.

Messianic Jews are truly giddy about Trump, and see him as some kind of mystical figure, like the second coming of King Cyrus, who helped the real ancient Israelites, not these fake Edomites, build the temple in Jerusalem.  The problem is that most of the Jews in America are atheistic liberals ruled by the pedophile elites in Hollywood, and they hate Trump who, in their eyes, is the second coming of Hitler, despite the fact, as Root points out, that Trump has also been good for the core of the liberal Left: Jews, Blacks, and Gays.

All the while, deluded evangelical Christians are gobbling down popcorn as they watch Trump inch America toward a fake Armageddon that will allow them to be raptured up to Heaven along with their “messiah” Trump.