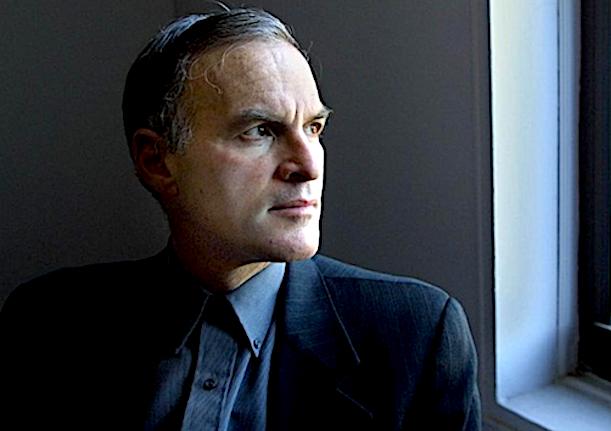 American academic Norman Finkelstein, author of The Holocaust Industry, in which he argued that Jewry exploits the alleged suffering of Jews during World War II for political and financial gain, has responded to Facebook and Twitter’s ban on Holocaust denial by saying he believes “that Holocaust denial should be taught in university and preferably by a Holocaust denier”:

In an article released on his website responding to the move – which he claims had been rejected by “multiple ‘progressive’ publications” – Prof Finkelstein argues that if “Holocaust denial does constitute an actual or potential contagion,” then it should be taught in academic institutions “to inoculate students”.

He continues: “To profess both that Holocaust denial shouldn’t be taught and that it poses a clear and present danger defies logic.”

“The claim by Facebook CEO Mark Zuckerberg and Twitter CEO Jack Dorsey that an alleged global rise in antisemitism and ignorance of the Nazi Holocaust justify suppression of Holocaust denial no less lacks in logic.”

Drawing on arguments made by influential proponent of liberalism John Stuart Mill, Prof Finkelstein argues that it is best practice to subject beliefs to opposition in order to strengthen them from such attacks, especially those that we believe to be certainly true.

He said: “Even granting the facticity of the Nazi holocaust, giving deniers a platform would still be warranted. Just as the profundity of ‘all men are created equal’ […] is not entirely obvious, so the profundity of the Nazi holocaust is not entirely obvious. If depths of meaning lay buried in it, then, they can only be plumbed in unfettered discussion.

“It can only be wondered how quick is the reflex to stifle Holocaust denial, even as conjuring taboos will inevitably reduce a human tragedy, however profound, to a sterile mantra, an object of blind worship, or in Mill’s terms, a dead dogma.”

Prof Finkelstein went on in the article – an excerpt from his forthcoming book Cancel Culture, Academic Freedom and Me – to state that entertaining Holocaust denial would ultimately weaken it, rather than allowing it to fester.

“Haven’t the taboos enveloping the Nazi holocaust — the fear of questioning (facets of) it, the sacrosanct status it occupies — not only caused it to calcify into a lifeless ritual, but also spawned a raft of spurious testimonial literature and preposterous pseudo-scholarship, the paradoxical outcome of which is to provide fodder for the deniers’ mills?”

Such “fodder” includes small discrepancies in evidence of individual events, which Holocaust deniers attempt to use to suggest that the entire Holocaust is a fabrication.

He says: “If one is committed to the purity of truth, not just in its wholeness but also in its parts, then a Holocaust denier performs the useful function of ferreting out ‘local’ errors, precisely because he is a devil’s advocate — that is, fanatically committed to ‘unmasking’ the ‘hoax of the 20th century.’”

He adds: “If a purported witness enjoys immunity from cross-examination — as does every Tom, Dick and Moishe pawning himself off as a ‘Holocaust survivor’ — the human propensity is to exaggerate, which, if left unchecked, will harden into a lie.”

Finkelstein has often been labeled a “Holocaust denier”, but he’s clearly not — he sincerely and naively believes that many family members were  ‘wiped out’ by the Nazis in the “Holocaust” — but because he is a credible critic of Zionism, he has become a bothersome burr under the yarmulkes of many of his fellow Jews — usually the most unhinged, ardent, and histrionic types.

He grew up as a “red diaper baby” which inculcated in him a “natural” affinity to the plight of the Palestinians at the hands of the rapacious Israelis — so while he knows the “Holocaust Industry” is replete with self-serving lies and exaggerations, he also believes at the core the “Holocaust” is true, which is why he naively proposes that “Holocaust denial” should be taught in schools by a real Holocaust denier — as if it could truly survive the scrutiny of an honest and unbiased intellectual inquiry on the level advocated by John Stuart Mill.

Here are some representative quotes from Professor Finkelstein:

-“If everyone who claims to be a survivor actually is one,’ my mother used to exclaim, ‘who did Hitler kill then?’”

“The Holocaust industry has always been bankrupt. What remains is to openly declare it so. The time is long past to put it out of business.”

“Indeed, the field of Holocaust studies is replete with nonsense if not sheer fraud.”

“Given the nonsense that is turned out daily by the Holocaust industry, the wonder is that there are so few skeptics.”

“Insofar as Zionism sought to solve the Jewish question, it must be reckoned not just a failure but a catastrophe: Israel is the main cause of anti-Semitism in the world today.”

“The Holocaust only emerged in American life after Israel’s victory in the 1967 Six Day war against its Arab neighbours.”

“It’s utterly hypocritical for Israelis to wonder aloud why Palestinians don’t pursue a non-violent strategy. One obvious reason is that, whenever they have, Israel brutally represses it.”

“My parents often wondered why I would grow so indignant at the falsification and exploitation of the Nazi genocide. The most obvious answer is that it has been used to justify criminal policies of the Israeli state and US support for these policies.”

“Israel has been a stage on which American Jews have played out their fantasies of toughness – often from Martha’s Vineyard.”