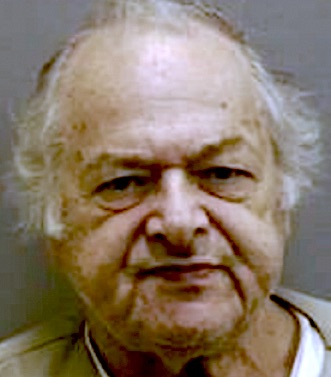 While the mainstream media has a feeding frenzy over more allegations against the Catholic Church, Stanley Rosenfeld, an elderly Jew who worked at Orthodox jewish schools in the New York City area, has admitted to molesting literally hundreds of young boys in schools and summer camps, and the media fails to mention anything about it:

By his own admission, Stanley S. Rosenfeld, a Jewish educator who worked primarily in New York City and Rhode Island, sexually abused “hundreds” of children — nearly all middle school-aged boys — during his five-decade career. From a beloved summer camp in New Jersey, to elite Orthodox schools in New York, to a small Conservative synagogue in Rhode Island, Rosenfeld assaulted and molested children with near impunity, charged with a crime exactly once.

The Jewish institutions that employed him are still reckoning with the aftermath.

The Forward first published an article about Rosenfeld in July. At the time, it was not known whether he was still alive. The next day, this reporter located Rosenfeld living in a nursing home in Providence, Rhode Island. He is 84 years old.

In a phone interview, Rosenfeld admitted that he molested children, but had difficulty recalling specific instances or indeed large portions of his life. He denied having received a diagnosis of either dementia or Alzheimer’s disease. A relative of Rosenfeld, contacted on the Forward’s behalf by the administrator of his nursing home, did not respond to a request for comment.

“I would imagine that some of the kids did talk about it,” he said. “Some of them to their parents, some of them to other teachers, some to principals. But it somehow never became public.”

Rosenfeld is being disingenuous — his crimes never became public — and he never went to prison — because of Jewish Privilege.  While 95 year old Germans are being extradited for merely being prison guards in WWII, Rosenfeld, despite his confession, is not being charged, and we are expected to somehow feel sorry for him.

Pedophilia is rampant among Jews — it is explicitly condoned and rationalized in their “holy” book The Talmud.

Perhaps this is a reason so many Jews are mentally ill and go on shooting rampages.

Perhaps this is why Jews dominate the fields of psychiatry — they are desperate to understand and come to turns with their childhood abusers like Rosenfeld.