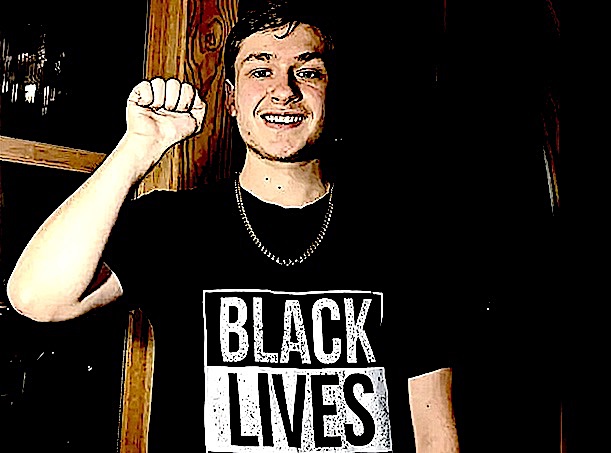 Aaron Coleman, a Democrat, will represent the 37th District, which covers part of Kansas City.

Coleman, the great-grandson of a Holocaust survivor, admitted to The Kansas City Star that he called one girl fat and told her to kill herself. She told the newspaper that she did, indeed, attempt suicide.

“I made serious mistakes in middle school and I deeply regret and apologize for them. I’ve grown up a great deal since then,” Coleman subsequently told The Star editorial board.

Coleman ousted the incumbent, Stan Frownfelter, with a 14 vote margin in a primary. State Democrats disavowed him and urged voters to write in Frownfelter’s name.

On Twitter on Friday, Coleman said the state’s Democrats had targeted him because he is a progressive. “Instead of labeling me ‘Unfit’ — Why not extend an olive branch and help me to BECOME ‘fit’,” he said.

Not only does it appear that Coleman is a misogynist and sexual deviant, he also has a history of making threats of extreme violence — at the age of 14 he was charged with threatening to shoot a fellow student.

And more recently he allegedly Tweeted a veiled threat to the sitting governor of Kansas, Laura Kelly, predicting an “extremely bloody” re-election campaign in 2022:

I’m not playing around,” Coleman wrote in the tweet. “People will realize one day when I call a hit out on you it’s real.

These unhinged outbursts suggest that Coleman may have psychopathic delusions of grandeur along with violent revenge fantasies against anyone who opposes him — psychological traits shared by his “progressive” Jewish co-ethnics who orchestrated the bloody Bolshevik Revolution in Russia that ultimately left 60 million dead Christians who opposed them in their wake.

However, we would be mistaken to conclude that these mental “quirks” make him unqualified for office — rather, in today’s political climate, we predict that Aaron Coleman has a bright future — and it shouldn’t shock us when he’s elected to the U.S. Senate as a “conservative” within the next 20 years.

Again, we are reminded here to have sympathy for this apparent little devil — after all, his great grandparent was an alleged “Holocaust survivor,” which means that all of his deviant and anti-social behaviors can be blamed on the “Nazis” — the trauma of this alleged “genocide” is transmitted intra-generationally among Jews, which ensures that will will also have a fresh supply of like-minded Jewish schizophrenics and psychopaths forever.