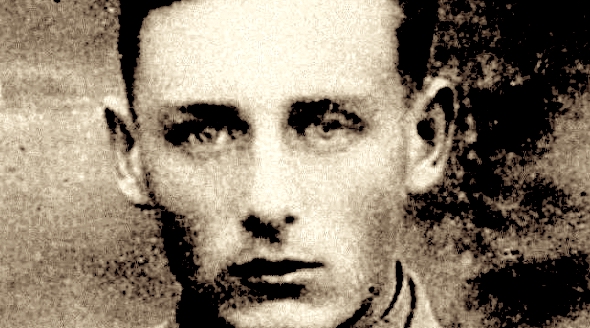 B’nai Brith Canada, a Jewish supremacist secret society, is demanding that the Canadian government deport a man who served in the German army during the Second World War an an interpreter and boot polisher:

In a statement released Thursday night, B’nai Brith Canada called on the Canadian government to expel [96 year old] Helmut Oberlander, a Ukrainian-born ethnic German who served in the SS mobile killing unit during the Holocaust.

Last December, Oberlander’s appeal effort was rejected by the Supreme Court of Canada. Now, the Immigration and Refugee Board has ruled against him as well.

“After decades of entertaining his excuses, justice must finally be served. The government must settle this issue once and for all,” B’nai Brith Canada said in a statement.

Nearly two years ago, Canadian Prime Minister Trudeau made history by formally apologizing to Holocaust survivors for Canada’s rejection of Jewish refugees on the MS St. Louis in 1939. He said: “Today, I rose in the House of Commons to issue a long overdue apology to the Jewish refugees Canada turned away. By issuing this apology, it is my sincere hope that we can shine a light on this painful chapter of our history and ensure that its lessons are never forgotten.”

“However, by failing to deport a Nazi whose SS death squad unit, Einsatzkommando 10a, murdered more than 90,000 innocent men, women and children, Trudeau unfortunately raises questions about what exactly has been learned, and how much history has been forgotten,” B’nai Brith Canada charged.

“If the government’s promises of justice and a brighter future were serious, then this is the last chance to prove it regarding Oberlander.”

Oberlander is currently facing deportation for misrepresenting his past and thus gaining entry to Canada illegally. B’nai Brith and attorney David Matas have led the effort to deport Oberlander.

“Oberlander has already received every conceivable degree of due process possible, and then some. And he has lost every step of the way,” said Michael Mostyn, Chief Executive Officer of B’nai Brith Canada. “There is no longer any excuse for delaying his immediate deportation from this country.

“Canada cannot continue to allow a mockery to be made of its processes. Oberlander has had his day in court, and he lost. To not remove him now would be a punch in the gut to every Holocaust survivor in this country – and would render meaningless the Prime Minister’s promises of justice.”

“Oberlander has had more than enough opportunities to defend himself before Canada’s courts. He has lost his final appeal and should be deported immediately,” Matas said. “No more delays. No more appeals. Canadians demand justice and further delays make a mockery of that justice.”

Mostyn added: “There should be zero tolerance for Nazis, in Canada or anywhere else in the world.”

Imagine someone in Canada saying, “There should be zero tolerance for Jews in Canada or anywhere else in the world.”

Even Adolf Hitler — the greatest “Jew hater” of all time — didn’t want Jews expelled from the entire world — but hell hath no fury like a Jew scorned.

The suggestion that Oberlander was involved in the “murder” of 90,000 people is preposterous — the Jewish allegations against the German Einsatzgruppen — that it was some elite SS group of antisemites that targeted Jews — have been completely debunked.

And yet because no one is allowed to question the Jewish Version™ of World War II — without being thrown in prison — they can accuse any German anywhere in the world of anything they want, and no one will challenge their “expertise”.

The international criminal Simon Wiesenthal and his henchmen uncovered no credible evidence whatsoever that Oberlander was directly involved in any killings of Jews or any war crimes — so they then claimed his “crime against Canada” was lying on his citizenship application.

Using that as a standard of deportation, Canada could very well deport every migrant and asylum seeker they’ve allowed in the country in the last 20 years.

The Germans enlisted Oberlander in the army as a teenager because having grown up in the Ukraine, he could work as a translator with Russian radio transmissions — and when he wasn’t busy doing that, he was polishing boots — yes, polishing boots, which in a Jew’s mind is the moral equivalent of aiding and abetting “genocide”.