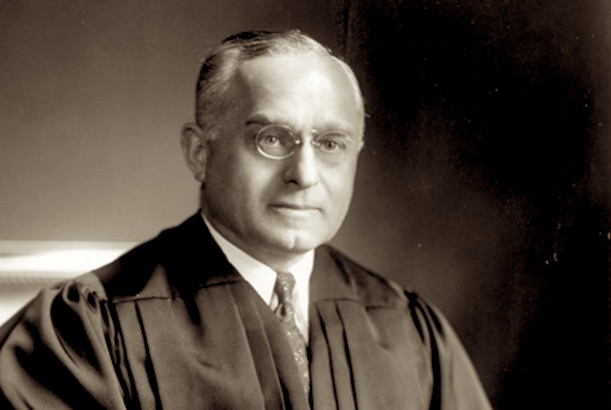 Jan Karski, a Polish resistance fighter revered by Jews as “the first eye witnesses to the Holocaust,” actually failed to convince jewish U.S. Supreme Court Justice, Felix Frankfurter, of the credibility of this testimony during a secret meeting in Washington in 1942:

Jan Karski, a fighter in the Polish underground and first eye witness to the atrocities of the Holocaust, secretly came to Washington DC. He met with the ambassador of the Polish government in exile, [Jan] Ciechanowski, and begged for an appointment with FDR. Ciechanowski could not get the appointment, but instead brought him to [Justice Felix] Frankfurter.

Karski described what he saw: the round-ups into the ghettos, the starvation and inhuman conditions, the massive shootings, the gassings. He spoke for half an hour, until finally Frankfurter said, “Mr. Karski, a man like me talking to a man like you must be totally frank. So I must say: I am unable to believe you.”

Ciechanowski flew from his seat. “Felix, you don’t mean it! How can you call him a liar to his face?”

Frankfurter replied, “Mr. Ambassador, I did not say this young man is lying. I said I am unable to believe him. There is a difference.”

He picked himself and walked out of the room, and the appointment with Roosevelt was never arranged.

It makes perfect sense that Frankfurter wouldn’t believe Karski, despite it being in his interest, as a Jew, to go along with the demonization of the Germans.

But as a Jew, Frankfurter must have also been acutely aware that his reputation for objectivity could fall under heavy scrutiny over this issue, and for him to endorse these unverifiable and self-serving accounts of wartime atrocities could potentially undermine his future credibility as a jurist.

In other words, he had nothing to gain by endorsing Karski’s claims and everything to lose.

Ironically, if a high-profile Jew like Frankfurter today doesn’t go along with the official ‘Holocaust’ narrative, he will be excoriated and his reputation destroyed.

And as it turned out, his instincts were correct — Karski’s testimony has been relegated to the dust bins of history, having failed to stand up to scrutiny by both jewish pro-exterminationist propagandists and objective World War II historical revisionists.

In reality, Karski’s claims had to be discounted and dismissed because they didn’t make the ‘Nazis’ look evil enough, while his accounts of pro-communist sentiments among the Jews in Poland would surely undermine any sympathy for the ‘plight’ of Jews during and after the war.

It’s shame that more Jews haven’t reacted to ‘eye witness’ accounts of the so-called ‘Holocaust’ with the same healthy skepticism that Felix Frankfurter had the sense to have, but then again, in 1942 believing in the ‘Holocaust’ wasn’t yet a foundational myth of so-called ‘jewish identity’ as it is today.