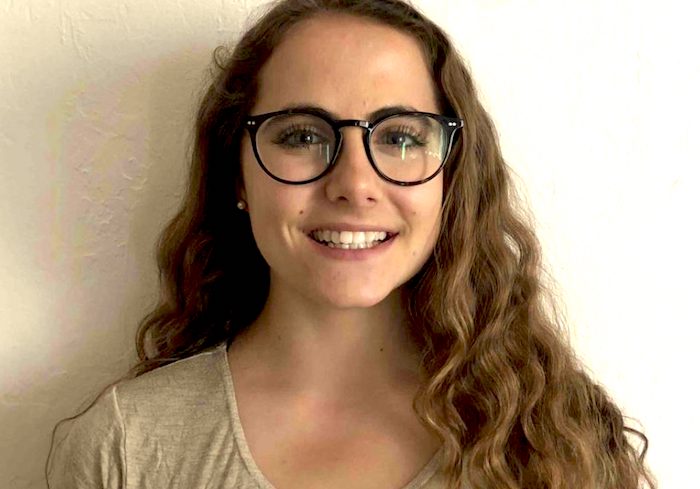 Michaela Weinstein couldn’t believe what she was seeing in her own high school:  students giving each other Nazi salutes and scrawling swastikas in books and on the walls.  But she bravely turned her hallucinations into a $36,000 Diller Teen Award to combat anti-semitism and racism in her Albany, New York, school before things really got out of hand and another Holocaust happened:

Michaela Weinstein and Melia Oliver created Speak, a program in which high school students lead sessions with preteens focusing on empathy and social justice. Last year, 38 presentations were made to fifth-graders at the three elementary schools in Albany.

That program led to Weinstein’s selection as one of 15 winners nationwide of the 2018 Diller Teen Tikkun Olam Awards. The awards, which have been given out since 2007, each come with a $36,000 prize.

“The Friday that the Instagram account was discovered [in March 2017], Melia and I had this really big conversation,” Weinstein recounted for J. “We realized that there was this need and we had a responsibility as citizens of our school and citizens of our world to make this change.”

That Instagram account, Weinstein said, included images of an Albany High student being hung, with representations of flames and the Ku Klux Klan in the background.

Weinstein and Oliver recruited four other students to form Speak’s core group and then began writing an anti-hate curriculum for kids in grades three through five. Topics covered in the sessions have included racism, sexism, the LGBTQ community and bullying.

“Fourth- and fifth-graders are so influenceable,” said Weinstein, 16. “They are really malleable, so you can give them information and they are willing to talk about it and they don’t have these walls built up yet.

“We realized that we really needed a cultural shift, through education at a young age, to not tolerate hate. Obviously it’s not something that can be solved so quickly, but with something like Speak and other activist groups, hopefully some things like this can be helped.”

Alexia Ritchie was the principal at Albany’s Marin Elementary School at the time, and also the parent of an Albany High student. She was impressed by the sample presentations from Speak and gave the go-ahead for lessons in her classrooms.

Just like in post-WWII Germany, Jews like Weinstein want to “denazify” their White Christian classmates, using stale atrocity propaganda to shame them into conforming to their multicultural, nation-wrecking agenda.  Jews love to get their hands on our children, and the younger the better — because as Weinstein herself admits, they are “influencable” and “malleable”.  If the Jews had their way, they’ve be streaming Holocaust movies 24/7 to kindergarteners, along with repeated showings of “To Kill A Mockingbird”.

But as the ADL once alleged, the so-called Holocaust began with a seemingly innocent “antisemitic” comment that went unchallenged.  Every slight, real or imagined, directed to any Jew anywhere in the world must be challenged and reported through their mass media.  Jews must constantly remind each other that every White person is a potential crypto-Nazi who wants to herd them into gas chambers just because they are Jews and for no other reason.  And $36,000 is a small price to pay to make sure Jews are kept in this constant state of fear.