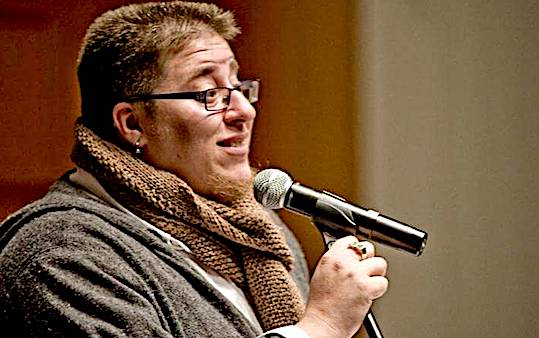 Occasionally, you get a first-hand glimpse into the sick and perverted mentality of those who are tirelessly working to subvert society.

While this story was originally from a few years ago, it gives us a clear picture of the agenda at work. Writing in the Huffington Post (archived), a jewish transgender “man” openly revealed his desire to target our children with LGBT indoctrination:

I am here to tell you: All that time I said I wasn’t indoctrinating anyone with my beliefs about gay and lesbian and bi and trans and queer people? That was a lie. All 25 years of my career as an LGBTQ activist, since the very first time as a 16-year-old I went and stood shaking and breathless in front of eleven people to talk about My Story, I have been on a consistent campaign of trying to change people’s minds about us. I want to make them like us. That is absolutely my goal. I want to make your children like people like me and my family, even if that goes against the way you have interpreted the teachings of your religion. I want to be present in their emotional landscapes as a perfectly nice dad and writer who is married to another guy. Who used to be a girl (kind of). Who is friendly and cheerful and not scary at all, no matter what anyone says.

I would also like to know: Why are we so afraid of admitting this? I ask as a person who quailed before this accusation (and its slimy misguided undertones of pederasty) for more than two decades. That is our job: to encourage people, especially children, to think differently about a subject than they do now. To dispel the dim and dismal miasma of myths and stereotypes, and instead allow the light of truth and fairness to shine in. That’s the deal, my friends. And if we have done it — if we have come to a place where a kid has been struggling in the muck of ignorance and hatred, and helped them up and cleaned them off and sent them to play in a meadow of love or at least kindness — then baby, we have done the thing well.

At the moment, I am helping to put the finishing touches on a series of children’s books that all feature lesbian, gay, bisexual, transgender, or queer kids or families. There are six books, and they are racially and ethnically diverse, filled with girls and women doing cool things, page upon page of kids enacting their own identities in joyous and peaceful ways. There’s no bullying or shaming in these books, and no Very Special Episode identity politics — it’s just happy kids being well, solving problems, having adventures, loving and being loved. They have lesbian mums and gay dads and big extended queer chosen families; some are gender-independent. But what they all are is present. They are all in the books, on the page, on the landscape.”

This is liberalism with the mask off – a nasty, perverted, and subversive ideology that targets the most vulnerable and impressionable members of society – our children.

They are not motivated by anything good; rather, they hate everything that White, Christian, and normal society represents, and they want to destroy it and rebuild it in their own twisted image.  They call this “Tikkun Olam” or “healing the world.”

That this gender-confused queer is jewish is not a coincidence – Jews have dominated the LGBT movement, and they use this perversion to further undermine our Christian values which stand in the way of their ruinous agenda.

But make no mistake, there are jewish billionaires helping sell this transgender insanity to our children.

And if you have a problem with it, you will be smeared as a racist, homophobic antisemite, or other “evil” sounding names.