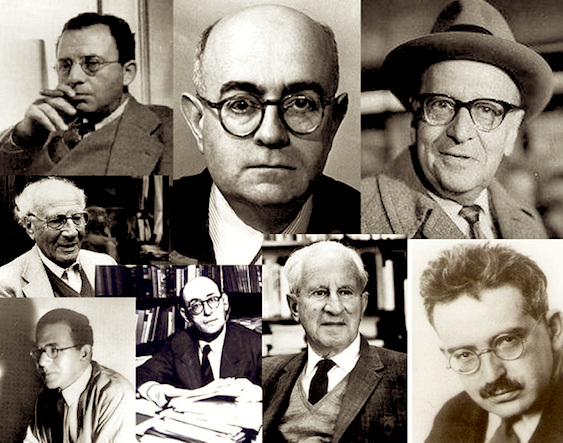 The Board of Deputies of British Jews has criticised Suella Braverman, a Conservative former minister for using the term “cultural Marxism” in a speech, a reference to a conspiracy theory often associated with the far right and antisemitism:

The Labour MP Wes Streeting said Braverman should apologise for using an “ugly and reprehensible term with antisemitic connotations”. He added: “Members of parliament should know better and she should apologise immediately or the whip should be removed.”

Hope Not Hate, which monitors far-right groups, said it was “deeply disturbing” to see an MP use such language.

The Fareham MP, who resigned as a junior Brexit minister late last year over Theresa May’s Brexit plans, used the term in a part of her speech that condemned what she called an increasing culture of censorship.

Speaking at an event on Brexit organised by the Eurosceptic thinktank the Bruges Group, Braverman stood by her language after a member of the audience questioned it and noted it had been used in the self-styled manifesto of Norwegian far-right terrorist Anders Breivik.

Cultural Marxism centres around a conspiracy theory that Marxist scholars of the Frankfurt school in inter-war Germany devised a manipulative programme of progressive politics intended to undermine Western democracies.

Many of the academics of the critical theory movement were Jewish, and the idea of cultural Marxism is closely associated with antisemitic conspiracy theories.

In her speech Braverman said: “We are engaging in many battles right now. As Conservatives we are engaged in a battle against cultural Marxism, where banning things is becoming de rigueur; where freedom of speech is becoming a taboo; where our universities, quintessential institutions of liberalism, are being shrouded in censorship and a culture of no-platforming.”

After the speech, during a question and answer session, the MP was asked whether she stood by the term, given its far-right connections.

She said: “Yes, I do believe we are in a battle against a cultural Marxism, as I said.

There is nothing “theoretical” about cultural marxism being jewish.  It was conceived and promoted by Jews, and their own writings admit their goal was to deconstruct western Christian civilization which they perceived to be antagonistic to jewish interests.  And Jews don’t like it when their critics use the term “cultural marxism” because it’s only one logical step removed from exposing yet another subversive endeavor that Jews have been involved in.

When Hitler came to power in Germany, the Jews of the Frankfurt School fled the country and ended up with lucrative positions in academia in elite universities across America where they indoctrinated the post-WWII generation into marxism, which became the basis for the “Counter-Culture” of the 1960s.  The crucial point is that Jews are proud of the Frankfurt School “intellectuals”, whereas White conservatives openly demonize it, and anyone who demonizes it must be an antisemite.