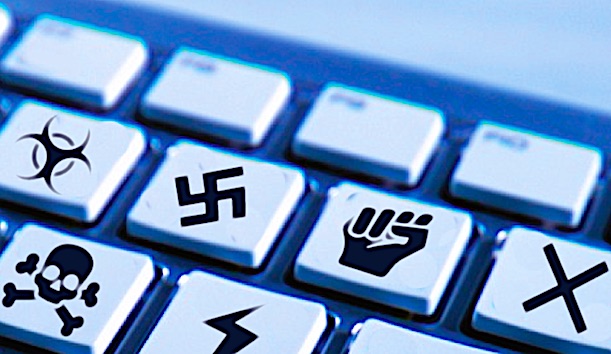 Dexter Van Zile, a member of the pro-Zionist, jewish supremacist organization, the Committee for Accuracy in Middle East Reporting in America (CAMERA), whose purpose is to whitewash the ongoing Israeli genocide in Palestine, wrote a recent article in which he vented his anger and frustration over how Jews have lost their control of public discourse and must now contend with their critics on the open, level playing field of the free and anonymous internet:

…The troubling reality is that we are now confronted with a subculture of Jew-haters who can recruit new members into their ranks via the Internet. The subculture was always present, even after the Holocaust, but their ability to transmit the virus of antisemitism into the larger American society was limited by a number of factors.

Antisemitism was a tough sell to children whose parents and grandparents had fought to defeat the Nazis in World War II. A lot of people who may not have liked Jews too much hated Nazis more, and understood that it was necessary to keep obsessive Jew-haters out of the mainstream.

Under these circumstances, dressing up in a white robe or donning the uniform of a neo-Nazi organization would put you so far outside the realm of polite society that most people wouldn’t do it, even if they hated Jews. Their bosses and their relatives would shun them.

Anyone who was interested in participating in the American economy and raising a family had to think long and hard about coming out as a full-blown antisemite. They might have talked about Jews privately, but they kept their mouths shut in public.

These days, the anonymity of the Internet allows Jew-haters to spread their message and recruit new members into their movement without having to reveal their identity. And those folks who do reveal themselves to be antisemites are able to generate an income from their less-than-public supporters. Getting them kicked off Twitter, PayPal, and YouTube hinders them somewhat, but not entirely, because they can always go to other hangouts like Bitchute and Gab — the Brown Shirt District of the Internet — to connect with their audience.

To make matters worse, the COVID-19 crisis has become an asset to Jew-haters throughout the world. Just recently, the FBI foiled a would-be killer in Missouri who was going to blow up a hospital. The suspect, who died after being shot by the FBI, had previously told his fellow Jew-haters that the COVID-19 virus was “engineered by Jews as a power grab. Jews are playing a long game and we are the only ones standing in their way.”

With rhetoric like this, which closely mirrors the Iranian government’s accusation that COVID-19 was a Zionist plot, the would-be killer was talking to the type of folks who call Israel and its supporters “lampshades.”

In the coming months and years, we will probably see the development of a vaccine and effective treatments to drive COVID-19 into the dustbin of history, where it will remain.

Sadly, the virus of antisemitism has proven to be more resilient, making the need for a Jewish state ever more evident with each passing day.

So there you have it: this influential Jew admits that Jews used to be able to silence their critics using their terrible power of the purse.

Anyone who dared question Jewish Power could be ostracized, marginalized, and economically punished in their communities and jobs.

The unrivaled jewish stranglehold over all media outlets — whether television, print, and textbook publishing — guaranteed that only the pro-jewish point of view would be heard or deemed ‘polite’ and ‘socially acceptable’.

The free internet completely undermined jewish media hegemony and put the likes of the mighty New York Times on the same level playing field as an anonymous blogger in Des Moines, Iowa.

And Jews hate anonymity because it focuses on the facts and the quality of the argument — and doesn’t allow for personal ad hominem attacks against the writer, which is the bread-and-butter tactic of jewish censorship: personal smears and character assassination.

The internet has been devastating to the Jewish Supremacist agenda whose ‘trump card’ has been the ever-reliable ‘Holocaust’, but thanks to the tireless work of independent scholars, the ‘Holocaust’ narrative is collapsing like a house of cards, as its promoters are incapable of answering the doubters and skeptics.

And because Jewish Supremacists will lose any open, fair public debate on the Jewish Question, their only recourse is to advocate for total censorship of social media — and the internet in general — through spurious and draconian ‘hate speech’ laws.

If we allow the Jewish Supremacists to take away our internet freedom, we will return to the pre-internet Dark Ages of the 1950s through the early 1990s when the State-sanctioned jewish narrative ran virtually unopposed.

And make no mistake: they are working feverishly to get that iron-fisted control back.

As Alexander Solzhenitsyn observed, “For a Jew, nothing is more insulting than the truth.”