Jewry With The Mask Off: ‘We Are Not White And Never Have Been’ 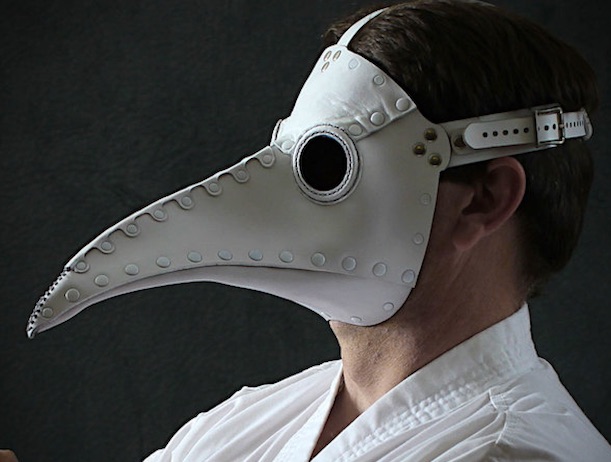 Now that Jews have successfully infiltrated the highest levels of White society, they are slowly taking off their collective mask of ‘whiteness’ to distinguish themselves from Whites whom they have targeted for replacement and destruction:

Jews are not and have never been White. All it takes to turn that premise upside down is to look at Israel, filled with Jews of every race and color.

Like Arabs, Hispanics, Asians, Blacks, Jews come in varying shades of color. The Black/White binary lumping Jews as White is a perversion.  The category is off in more ways than one.

Color?  How are my much lighter skinned Hispanic and Arabic friends automatically considered People of Color and darker skinned Jews like me not? How is leaving out Jews, with our unique cultural and ethnic tapestry, out of American Ethnic Studies curriculums not antisemitism?  How are Jews left out of the intersectional embrace?

My personal skin color dance began in India at four-ish, hearing my Iraqi-Jewish grandmother and other adults comment on my color “…such a pretty girl, pity she is so dark.” It only got worse the rest of my childhood and adolescence in Japan, where my brother and I were the darkest kids in Ashiya-gawa.

Our world was rudely punctured by shouts and racial taunts, “Kurombo!” (the N-word in Japanese), on the streets where we lived…

And then suddenly, almost overnight, my world turned upside down. My parents, still stateless, waiting for immigration to America, put me on a plane with my Red Cross issued student visa. I landed in Los Angeles to hear for the first time, “Where did you get your tan?”

I expected a lot from America, but I never expected that one plane ride out of Tokyo into Los Angeles to turn me White. In the United States there were African Americans, that changed everything. Out of Japan, I was no longer kurombo.

On top of that, my unwelcome skin color, the object of dismay, taunts and slurs, my Jewish skin color, was suddenly a desirable, envied “tan”– people seem surprised it’s so “even.”

It took many more years to fully de-internalize my racism, my perverted sense of self hate. I actually grew up thinking anyone with “fair” skin was automatically prettier. When I healed, I was shocked to see the distortion in my brain and how disrupted I would become when anyone pointed out my color. Now, when asked, “where did you get your tan? ” I love answering, “from my father.”

Jew was never an issue for me, being stateless, it was the only national identity I had. It was the devalued skin color that occupied me. Jews who haven’t had issues with skin color but have internalized antisemitism can grow out of it too.

How others see you, how color is reflected in movies, magazines, that old “skin color” crayon, the compliments, the insults–on the street, in the home–over and over again–it matters. It gets internalized. The degree of misery it causes colonizes your brain. It did mine.

When the scenery changed, I began to heal. Reading Malcolm X on skin color, (despite his unexamined antisemitism), went deep into my consciousness. If he could be a proud Black man owning and loving his color, I could outgrow my internalized racism and become whole — as comfortable with my color as I was being a Jew.

Ancient Jewish communities from all over the Middle East and North Africa have been driven out, targets of pogroms, persecution, and most recently, ethnic cleansing. You won’t find Iraqi or Egyptian Jews in my parents native lands today.

Jews have participated in their mis-categorization as “White” in the United States. The unfortunate collusion of Jews thinking themselves White and allowed to be White (until they aren’t, as in Germany), with the ongoing refusal by the world at large to understand us as a People (antisemitism), is intensely problematic. Let’s make the time to decolonize our brains and reclaim our identity.

Yes, Jews indeed have not only ‘participated in their mis-categorization as ‘White’, they have virtually insisted on it because they wanted access to White neighborhoods, White schools, White employment — and White women.

In America over 50% of Jews ‘marry out’ — mostly marry White spouses, which is making the average Jew appear even Whiter, and allowing them to ‘pass’ as White even easier than it did 100 years ago when they first stepped off the boats at Ellis Island.

But this chameleon-like nature of the Jews is an essential part of their survival instinct — they don’t want White people to be able to pull the weeds out of their garden without destroying the plants that belong there — echoing the biblical dichotomy between the Wheat and the Tares.

Even Blacks in America are slowly waking up to the fact that Jews are not ‘White people’.

Yes, the National Socialists in Germany attempted to separate the Jews from the body of the German ‘folk’, but that proved very difficult for both political and practical reasons — not merely because they could ‘pass’ as German.

Whenever White nations attempt to separate the Jews from their own people, the Jews predictably scream ‘Holocaust’ or ‘pogrom’!

Of course, when Jews have attempted to do the same thing — remove non-Jews from their society — they are merely trying to maintain their Jewish identity and traditions.

The day will soon come when White nations will wake up from their slumber and realize that everyone in positions of power over them is Jewish — just as Deuteronomy 28:43 predicted.

And if you want to know what that will mean for White people, look no further than the killing fields of bolshevik Russia.