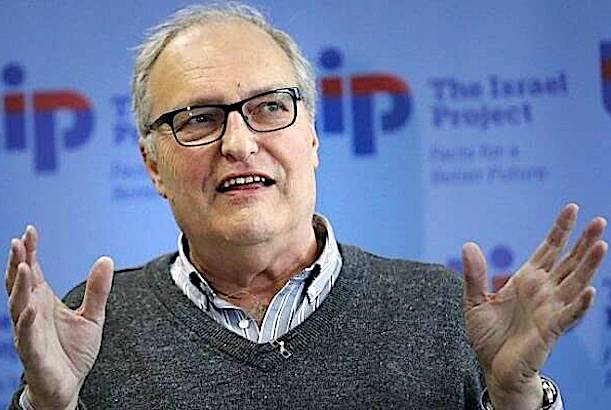 (Jewish Telegraphic Agency).  During a 2018 interview, a Ukrainian military prosecutor suggested that Jews seek bloodshed in his country, prompting calls for his dismissal by the Simon Wiesenthal Center and others:

“Col. Gen. Anatoliy Matios, Ukraine’s chief military prosecutor and a highly decorated officer who also holds the title of deputy prosecutor-general of Ukraine, spoke about at least one Jew in an interview that the Insider magazine published Monday.

In it, he named a communist Jewish theoretician, Alexander Parvus, and said the revolution Parvus supported “drenched Slavs with blood for decades.” Noting Parvus’ Jewish ethnicity, Matios said: “There is always a Parvus. They want to do the same to Ukraine.

Efraim Zuroff, Eastern Europe director for the Simon Wiesenthal Center, called Matios’ claims “outrageous and false.” Whereas Matios and other communist leaders were Jewish, “they weren’t acting as Jews. Their inspiration was in Moscow, not Jerusalem.” Matios “need to be fired,” he said. Zuroff said the “anti-Semitic implication from Matios’ words are undeniable.”

The Simon Wiesenthal Center is being rather disingenuous — the grandfather of communism was Karl Marx, who grew up in a Jewish Orthodox family of rabbis.

Of course, many Jews deny Karl Marx was a “real” Jew because he “converted” — all the murderous Jewish Bolsheviks apparently weren’t “real” Jews either.

Such as the Soviet Jew, Lazar Kaganovich — who ordered the mass starvation and murder of tens of millions of Christian Ukrainians during the 1930s, an undisputed genocide, according to Raphael Lemkin, the Jew who coined the term “genocide.”

The Ukrainians — of all European peoples — know all about the fatal consequences of Jewish meddling in their internal affairs.

The truth appears to be – yet again – “anti-Semitic”.