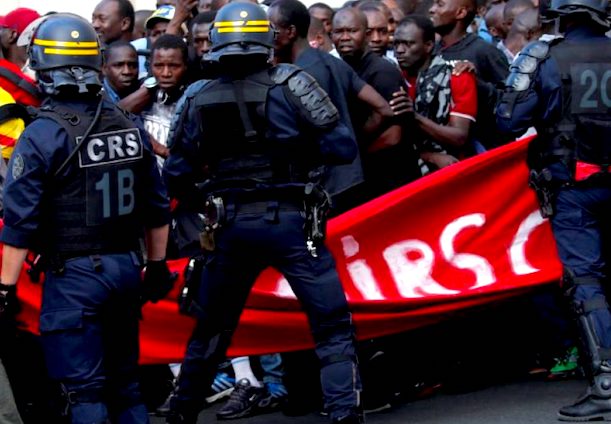 (Times Of Israel) Within an article about how commonplace antisemitic attacks like the recent one in Halle have become, an Israeli jewish writer living in Germany frankly admits that many Jews have hoped that flooding Europe with Muslims would distract Whites away from focusing on the Jewish Question:

But for us, Jews who live in Germany, “shock” is the last reaction that comes to mind following this heinous attack. In fact, it was just a matter of time until the extreme far-right scene in this country would turn its spotlight back on the true, eternal enemy of both Germany and Western civilization: the Jews.

“Jews are the root of all problems,” the gunman, identified as Stephan Balliet of the German state of Saxony-Anhalt, could be heard saying, among other xenophobic and misogynistic statements, while livestreaming his attack on Amazon’s streaming platform Twitch.

He even had the temerity to deny the Holocaust, reminding us all that prejudice, conspiracy theories and hatred toward Jews never really vanished.

Some in the Jewish community — albeit not many — were foolish enough to think that the far right in Europe was now occupied with the 2015 immigration wave, mainly from Muslim countries.  Some even had the audacity to celebrate the extremists’ rise.

In Europe today, many of the attacks against Jews are carried out by Muslims, though there is much debate over the prevalence of such instances. Just a few days ago, a knife-wielding man tried to enter a Berlin synagogue, chanting swears against Israel and shouting “Allahu Akbar” in Arabic — a phrase that means “God is great” and also is often used by Islamists upon committing acts of terror. He was released from custody less than 24 hours after the incident and not charged with any crime, sparking concern among Jewish leaders in the country.

But celebrating the rise of anti-Muslim extremists because of a few attacks perpetrated by radical Islamists is not only abhorrent but also superbly naive — anti-Semitism, xenophobia, Islamophobia and racism more typically go hand in hand.

Notice that this writer at no time makes any attempt to refute the idea that Jews are the “eternal enemy of Germany and Western Civilization,” because that is exactly what they are, just as they have admitted to in their own writings, such as Maurice Samuel in his book, You Gentiles, who stated, “We Jews, we are the destroyers and will remain the destroyers. Nothing you can do will meet our demands and needs. We will forever destroy because we want a world of our own.”

And yes, just as this writer freely admitted, many Jews firmly believe that by flooding White Europe with violent Muslims, White Europeans — the Jews’ historical enemy — would become so distracted by these new invaders that they wouldn’t notice that it was the Jews themselves who were the true destroyers, as Maurice Samuel openly admitted in 1923.

That jewish plan has clearly failed, and the proverbial cat is out of the bag: far too many White people are now fully aware that it’s been the Jews who have been aiding and abetting this Third World invasion of Europe and all White countries from the beginning.

And yes, Jews themselves have arrogantly admitted that this is not, in fact, a ‘conspiracy theory’ — yes, they admit they are behind it, and funding it, and it is in their interests to promote it.

And yet none of this has anything to do with the “rise” in antisemitism.