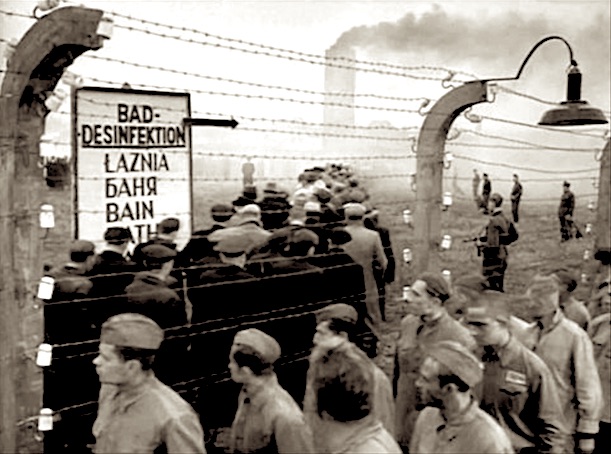 A Wikipedia article describing a World War II Nazi death camp in Warsaw in which large numbers of Poles were gassed was full of falsehoods and may have been the online encyclopedia’s most enduring hoax before it was rewritten in August, an Israeli newspaper has established:

The false Wikipedia article on the “Warsaw Concentration Camp” said the facility contained gas chambers and that 200,000 people died there. Both claims are unfounded, yet they remained on the English-language Wikipedia page for most of the last 15 years, the Haaretz daily reported Friday.

The erroneous article was translated into a dozen other languages and the false claims made their way into other Wikipedia articles, garnering over 500,000 views in English.

There is a kernel of truth to the claims — there was a group of internment centers around the same location during the war, but it was a far cry from the “extermination camp” described in the misleading entry. The existence of the actual internment centers likely helped provide cover for the false claims, the Haaretz report said. The Wikipedia article had also claimed said that the camp’s files were burned and its gas chambers blown up, leaving little evidence. Between 4,000 and 20,000 people actually died at the KL Warschau camps.

The Wikipedia page now contains a section on what it describes as the conspiracy theory surrounding the internment camps.

“There is no historical evidence of German gas chambers ever existing in Warsaw, and nowhere near 200,000 people died in the cluster of Nazi internment centers that did stand at the basis of the myth of KL Warschau,” Haaretz noted. It quoted Tel Aviv University’s Prof. Havi Dreifuss, a Yad Vashem expert on Poland and the Holocaust, curtly dismissing the claim of Nazi gas chambers in Warsaw as “fake history.”

Haaretz said its investigation of the false article uncovered a much wider problem — a concerted effort by Polish nationalists to alter hundreds of entries on the site to improve Poland’s wartime reputation.

The effort is part of a larger trend in Poland to distance itself from culpability in the Holocaust and portray the Polish people solely as victims of Nazi persecution, despite growing research on the depth of Polish complicity in Nazi crimes.

Politicians from Israel and Poland have long been at odds over Warsaw’s stance toward the genocide.

Warsaw has also long been at pains to state that Poland as a nation did not collaborate in the Holocaust, although individual Poles committed what the Polish ambassador to Israel described as “abominable crimes.”

Not only that, the Jews have claimed a literal monopoly on genocidal victimhood, which they refuse to share with anyone else.  They reserve the right to be the only people who are allowed to fabricate gas chamber stories, and they will expose all other liars who try to move in on their turf.

Underlying this silly spat over who has the most convincing fake gas chamber stories is the ongoing Jewish demands for every increasing reparations from virtually every European country, all of whom, according to the Jews, were “complicit” in the fake Holocaust.  How everyone can be complicit in an event that never happened is not the point, of course.  The point is: pay up anyway, goyim, and if you don’t, we will literally spit in your face.