Jews Blame Trump, The ‘Most Pro-Jewish President’ In History, For Rise In Antisemitism 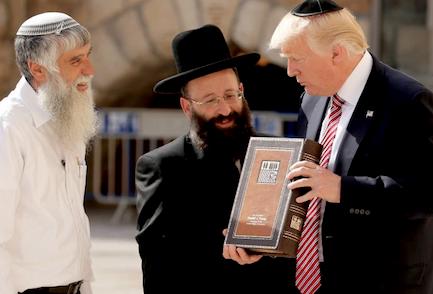 Just as Jews announce that they cannot decide what the definition of antisemitism actually is, they turn around and blame President Trump, whom they’ve hailed as the most pro-jewish President in American history, as responsible for the rise of ‘antisemitism’ in this country:

The majority of Jews in the United States say they feel less secure than they were two years ago, and they blame President Trump for the way he has handled anti-Semitism, according to a new survey.

The poll, conducted by Greenberg Research, shows 71 percent of Jewish Americans disapprove of Trump and 29 percent approved, matching with polling since Trump’s election.

Nearly 60 percent of respondents said Trump bears at least some responsibility for last year’s shooting at Tree of Life synagogue in Pittsburgh, Pennsylvania, and last month’s shooting at a synagogue near San Diego, California.

Experts say Trump is trying to help his 2020 election campaign by prolonging and weaponizing the debate over Israel and anti-Semitism among the Democratic Party, which has historically enjoyed more support among US Jews.

US political analysts say that the Trump administration hopes support for Israel will attract Jewish and Christian Zionist voters.

US evangelical and Zionist Christians are a loyal voter base for Republicans who believe the gathering of Jews in Israel is a prerequisite for the return of Jesus.

The new poll comes as anti-Semitic assaults in the United States more than doubled in 2018 and overall incidents against American Jews remain near all-time highs, according to a report released earlier in May…

The ADL said that nearly all incidents of anti-Semitism, terrorism, and extremism in 2018 across the US were committed by individuals linked to right wing, anti-government or white supremacist groups.

As Harry Truman found out, it’s impossible to please the Jews.  No matter how far you bend over for them, they’ll still shrug their shoulders and say, “Meh, I’ve seen better.”  And this is part of their collective strategy: to never express satisfaction with anything or anyone.  Being permanently dissatisfied is a form of their social control.  If the ‘goyim’ perceive that the Jews are not satisfied, they will make even more concessions just to shut them up and stop the non-stop whining and kvetching.  But that strategy has never worked and never will, as President Trump will soon find out in his second term.

In reality, the Jews are probably right about Trump: to a certain degree, he is partly responsible for the alleged “rise” in antisemitism in America, but not because he hates Jews but rather because he loves them and does too much for them, and the rest of the country knows this and they resent it.  Under Trump, America has become more judaized, and when that happens, there will always be blowback.  A large part of  America’s White Christians resent being judaized against their values and beliefs, and Jews should understand that, but they refuse because that would force them to acknowledge their own role in the creation of the antisemitism they love to complain about.