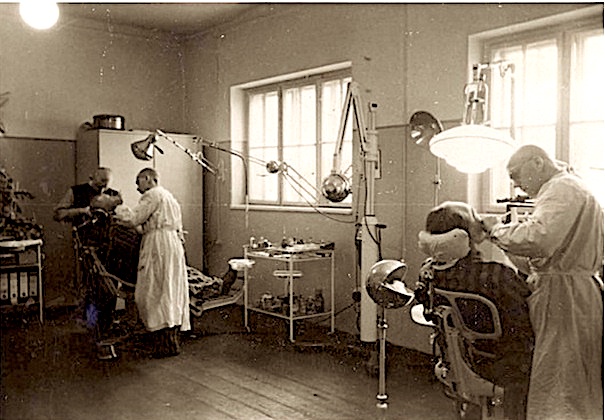 (Israel National News) The Simon Wiesenthal Centre has been monitoring the flow of Venezuelan gold to the Middle East following a claim that some ingots bore Nazi German markings — possibly “Zahngold” (gold teeth pulled from the mouths of Jewish cadavers between the Gas Chambers™ and the crematoria):

The Centre’s Director for International Relations, Dr. Shimon Samuels, described “a pursuit that led to a mix of ‘Congo conflict gold‘ with Venezuelan shipments arriving on Russian aircraft to Entebbe, Uganda”… “There it was melted into new ingots by a Belgian company. Once the DNA origin was wiped out, the newly-minted ingots were sent on for sale in the Gulf, Turkey and, allegedly, Iran.”

The National Reserve of Venezuelan gold that has maintained payoffs to the armed forces, to ensure loyalty to Maduro, is now heavily depleted.

Apparently, the forced landing in the Caribbean island state of Aruba – a Constituent Country of the Kingdom of Netherlands – was due to the overweight of the ingots packed in expensive suitcases, with a value of over 50 million dollars.

The control tower noted that the plane I.D. number applied to a California address last flown twenty years ago.

The three-man Venezuelan crew, detained by US agents, claimed that their initial destination was Mexico, for onward shipment to Dubai. Another version is that this gold was bound for meltdown in Switzerland.

Samuels added: “Sources believe that this and other shipments are managed by the Cartels on behalf of Hizbollah in Latin America and the profits may be used to target Jewish communities, in AMIA-style terrorist attacks.”

“The democratic President-designate, Juan Guaido, has requested the international community to dub Venezuelan gold as ‘Blood Gold’ just as the ‘Blood Diamonds’ in Africa.

“The Wiesenthal Centre will continue to monitor this disconcerting story linked, if not to the Holocaust, certainly to the security of the State of Israel and Jews worldwide,” concluded Samuels.

That is, unless Jews are the victims of the conspiracy, in which case it gets promoted as fact 24/7 in the media, such as the Holocaust™.

That said, there is no credible evidence whatsoever that the Germans ever stole the gold teeth out of Jews who were sent to the fictional ‘Gas Chambers™’.

Such a macabre scenario could only come out of the minds of Hollywood Jews who make horror movies featuring ‘evil Nazis’ as the ultimate villains.

Who has the reputation of lusting after gold so much that they’d extract it from dead people?  Germans?  or Jews?  You make the call.