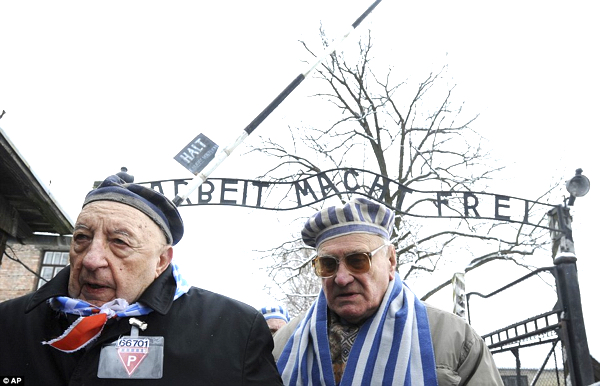 Some 12,000 victims of Nazi atrocities died over the past year and, according to data published Monday by the Foundation for the Benefit of Holocaust Victims in Israel, at least one survivor in Israel dies every hour.

Released to coincide with Holocaust Remembrance Day, which will be marked countrywide starting Wednesday night, the foundation’s data highlighted the findings of a special report showing that even as the number of remaining survivors falls rapidly each year, the needs of the aging population have increased to the highest levels ever. The foundation also pointed out Monday that despite vast governmental resources for helping the survivors, many of their needs are still not being met.

The foundation’s report, which is based on the findings of a survey carried out last year by the American- Jewish Joint Distribution Committee-affiliated Myers- JDC-Brookdale Institute, noted that even though the number of survivors will have dropped by more than 30 percent to 145,000 in 2015, the number of those in need of financial assistance and medical aid will have risen sharply.

Today, out of the 198,000 Holocaust survivors in Israel, the vast majority – 88% – are over 75 years old and nearly 20,000 require special home arrangements and rely on other people for their dayto- day needs.

The foundation, which provides enrichment programs and home-care services for survivors, also highlighted that roughly 98% of the survivors continue to live at home and more than 10,000 of them often express feelings of acute loneliness.

Elazar Stern, chairman of the foundation’s board, said the findings were worrying and stressed that more hours of nursing care and financial grants were needed to help survivors live out their final years with dignity.

Stern also highlighted that while there are vast resources set aside by the government to help survivors, many of the benefits are not reaching those who need them.

The ministry also said that despite discord over who is officially recognized as a Holocaust survivor, it runs a series of programs that provide support and treatment for all those who suffered at the hands of the Nazis during World War II.

Tzhe Holocaust Survivors Rights Authority announced Monday that its budget had also been increased and stands today at NIS 3 billion.

It claims to work with more than 90,000 people, and over the past year has instituted programs that help survivors understand their rights and claim benefits that are owed to them.

Basically, the Jews define a “Holocaust survivor” as any Jew who was alive in Europe or North Africa during World War II, even those who were never in any concentration camp, and even those who never even saw a German soldier of any kind during the war.

What’s remarkable is that Jews who spent World War II in South America and Australia don’t claim to be Holocuast survivors, but maybe they’ll expand the definition of “Holocaust survivor” when they find themselves running out of “victims”.

But 2027 isn’t very far away, and it’s a date we can all look forward to when we no longer have to see these geriatric Jews paraded around to garner sympathy and engender collective White guilt– and steal our money as “donations.”

What will Israel do when it can no longer extort billions of dollars from Germany to support these “survivors”?  And imagine the huge ceremony they will televised worldwide to commemorate the death of the very last Holocaust survivor — what a spectacle of jewish hand-wringing that will be.