Jews Claim the Term ‘Globalism’ is Antisemitic and Traumatizing for Jews 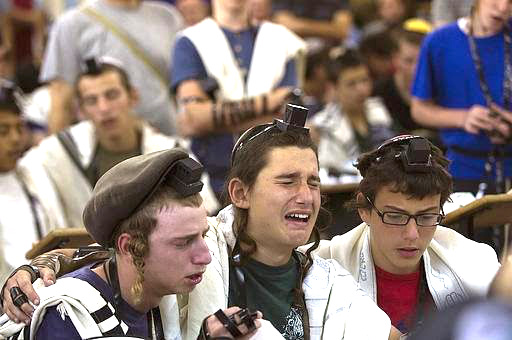 President Trump’s anti-globalist comments seem to be unnerving many Jews, who believe he is actually dog whistling antisemitism to his Nazis and White Supremacist followers:

[President Trump] has railed against “globalists” in recent rallies. (This is not new rhetoric; earlier this year the president told the United Nations that he rejects globalism altogether.)

“Globalist” is a term with an anti-Semitic history, and it’s often understood as code for “Jews,” so this language is activating and traumatizing for a lot of Jews. Especially in the wake of a bomb attack at the home of George Soros, a prominent Jewish philanthropist who is often slammed with the “globalist” label.

Much of Soros’ recent’ work centers around promoting the idea of an “open society,” an idea borrowed from Karl Popper’s book The Open Society & Its Enemies. As this piece by Kate Maltby argues, open societies are open to ideas, people and markets, while closed societies are not. Maltby also argues — I think quite persuasively — that attacks on Soros and his philosophy are dangerous not only to Soros himself but to freedom of expression across Europe.

The connection between globalists and Jews is, in part, the old anti-Semitic smear that Jews are not truly loyal citizens of any nation. Hitler described Jews as “international elements” that “conduct their business everywhere,” thus harming and undermining good people who are “bound to their soil, to the Fatherland.” Use of globalist as a negative term can be a dog whistle for the far right: those who recognize its roots in Hitler’s philosophy recognize that it’s an encoded way of denigrating Jews.

Some people speak interchangeably of globalism and cosmopolitanism. I absolutely identify as a cosmopolitan — someone who aspires to be a citizen of the wide world, with an awareness that in an interconnected community, we have ethical obligations even to people who live differently than we do. I learned that from the work of Ghanaian-American philosopher Kwame Appiah. I also recommend my ex-husband Ethan Zuckerman’s excellent book Rewire: Digital Cosmopolitans in the Age of Connection. So does that mean I’m a globalist, too?

The Cambridge English Dictionary defines “globalist” as “someone who believes that economic and foreign policy should be planned in an international way, rather than according to what is best for one particular country.” In other words, a globalist is someone who looks at the world through a global lens. By extension, a globalist is someone who rejects the zero-sum thinking that posits a perennial “us” and “them” and presumes that the only way for us to prosper is to ensure that they don’t.

In a broader sense, I would say that a globalist is someone who sees themselves as part of the global human community, rejecting the triumphalist stance of nationalism and who wants to see the global human community flourish together. The president uses the word as an insult. Having explored its definition, it’s a title I claim with pride. I’m a globalist because I aspire to be a citizen of the world, not just a citizen of my nation. I seek to be connected with and informed about people who are different from me, and places that are distant from here….

History repeats itself for the Jews.  International communism, as advocated by Leon Trotsky, and with which Jews have historically been intimately associated, has merely been rebranded as “globalism”, so it should come as no surprise that the “goyim” have figured out this semantic shell game.

Just as the Trotskyite term “neo-conservative” is a dog whistle for Jew, “globalism” is from top to bottom a jewish invention and ideology, as this writer openly admits.  So why do Jews get so worried that these jewish movements will be associated with Jews?

The answer is simple: despite the lipstick this jewish writer attempts to put on this pig, both communism and globalism are destructive and subversive ideologies that seek to undermine and destroy the fundamental values upon which all Christian nations were founded.  And Jews know this, which is why they slander anyone who figures out their game as an “antisemite”.

Jews are worried that when a sufficiently large enough number of the “goyim” figure out the destruction they’ve wrought, they will be coming for the Jews with torches and pitchforks.  If this is their fear, then perhaps they should change their nation-wrecking behavior, but that would be asking too much of them apparently.