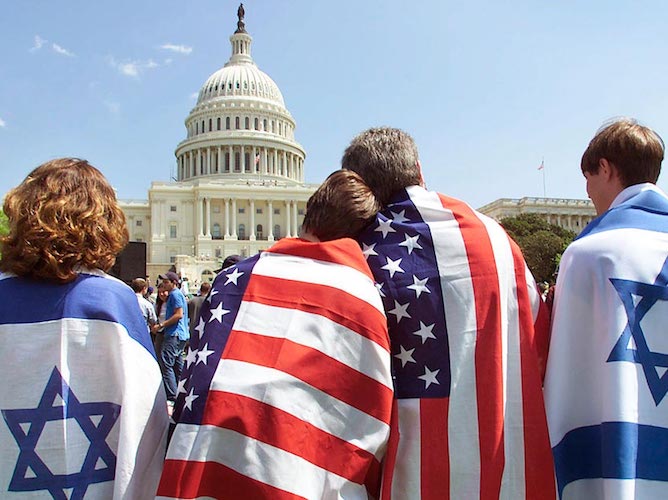 (Jewish Telegraphic Agency)  America’s first Muslim U.S. Congresswoman, Rashida “M***er” Tlaib, is in hot water with American Jews after she accused them of having divided loyalties with Israel:

A great American Jewish jurist once argued against the idea of a “hyphenated American.” He said there was no place in America for immigrants and their children to hold on to differences based on “race or creed.”

“[T]o keep alive difference of origin or to classify men according to their religious beliefs are inconsistent with American ideas of brotherhood, and are disloyal,” he argued.

A few years later, a great American Zionist leader argued that there is nothing more American or patriotic than holding “multiple loyalties” — to God, to country, to your land of origin.

Of course, it was the same leader who said both things: Louis Brandeis, the Supreme Court justice and Zionist leader of the first half of the 20th century. Brandeis’ contradictory views on “dual loyalty” represent his own evolution (the first comment was in 1905, the second in 1915). But they also hit on a tension that American Jews still deal with more than 100 years later.

The Brandeisian notion that “multiple loyalties” make you a better American has guided and justified Jewish activism for Israel even before its founding in 1948. It’s based partly on Brandeis’ theoretical notion that loyalty itself is an admirable and fungible quality, like honesty or sobriety. And it assumes, as Brandeis did famously, that American values, Jewish values and Zionist values are fully aligned…

…It’s not clear whether or not Rashida Tlaib knew or forgot this history in her tweet this week suggesting that backers of a series of pro-Israel bills “forgot what country they represent.” Jews quickly called her out, saying the new congresswoman from Michigan seemed to be leveling the despicable “dual loyalty” charge: that Israel’s supporters put its interests ahead of those of the United States. (Critics of the legislation, which would make it easier for states to legislate against those who back the Boycott Israel movement, say it violates the Constitution.)

When backers of the bill, like Sen. Marco Rubio, R-Fla., complained that the “dual loyalty canard is a typical anti-Semitic line,” Tlaib returned to Twitter to insist that she hadn’t directed her comments at Jews.

“Sen. Rubio, it’s clear my earlier tweet was critical of U.S. Senators like yourself, who are seeking to strip Americans of their Constitutional right to free speech,” she wrote.

That may be, but she is either uninformed or being disingenuous about the history of a phrase like “forgot what country they represent.” As the Anti-Defamation League pointed out, “Though the legislation discussed is sponsored by four non-Jewish Senators, any charge of dual loyalty has special sensitivity and resonance for Jews, particularly in an environment of rising anti-Semitism.”

Anytime Jews are accused of any recurrent racial behavior, such as dual loyalty, they dismiss the criticism as a “canard” — a favorite condescending word used by Jewish supremacists.

In fact, if you do a Google search of “Jewish canard,” you’ll basically find most of the accusations that have been leveled at the Jews throughout history, including their complicity in the 9-11 attacks.

Of course, what you won’t find from this search is any reference to the fact that “antisemitism” itself is a Jewish canard used by Jews to shut up anyone or any opinion they don’t like.

Either way, reading this Jewish justification of dual loyalties, it’s hard not to notice once again that Jews, when they argue, are masters at false equivalencies.

And comparing themselves to Americans of Irish descent is just plain deceitful.

Whatever you may think of the Irish, 80% of the convicted spies in America are Jews, not Irish.

America is not spending trillions of dollars fighting proxy wars on behalf of Ireland like it is for Israel — and the Irish don’t demand the right to hold dual U.S.-Irish passports, a right that every Jew in the U.S. has.

It sounds like it’s not the Irish who are lucky.