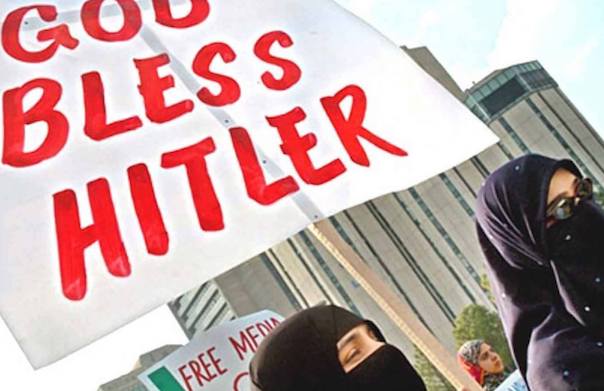 French Interior Minister Christophe Castaner announced in February that 541 anti-Semitic incidents took place in 2018 in France, up from 311 in 2017. One of the most publicized and disturbing attacks of the year was the brutal murder of Mireille Knoll, an 85-year-old French Jew and Holocaust survivor who was stabbed 11 times and then set on fire in her apartment by two assailants. The murder was officially declared by French authorities as an anti-Semitic hate crime.

…French President Emmanuel Macron has said that France is now experiencing a “resurgence of anti-Semitism unseen since World War II.”

Arié Bensemhoun, executive director of the nonprofit, nonpartisan organization European Leadership Network (ELNET) France, explained how unlike in the past, when Jews were targeted mainly by extremists on the political right, they are now facing hatred and discrimination from the far-left as well as radical Muslims in the country.

Bensemhoun, 56, believes that the most extreme hatred stems from France’s large Muslim population, which is estimated at 6 million to 10 million people, The New York Times reported in July 2018. The same report noted that there are only 500,000 Jews in France in comparison.

“When it comes to the most aggressive anti-Semitism and hatred of the Jews, it’s coming from the Muslims,” said Bensemhoun. “Not from the extreme right. It’s difficult for some people to admit.”

ELNET’s goal is to strengthen the relations between Europe and Israel, acting like AIPAC in the European arena, he explained.

Although there are talks about “new anti-Semitism” veering its head in the country, Bensemhoun said nothing is new about the attacks, stereotypes and language used against Jews in France. The only difference, he explained, is that “we are now facing not just one kind of anti-Semitism.”

“Today, we have to fight against the traditional anti-Semitism from the extreme right, and also now the ones coming from Islamism and the Muslim communities. And then we have also this anti-Zionism coming from the extreme left,” he explained. “So you see the situation is much more complex because from all sides of the society you will find people that have a problem with the system, that would like to defeat the system, and when you want to defeat the system [they think] your first target should be the Jews.”

Bensemhoun also elaborated that there were certain “taboos” about anti-Semitism that have now disappeared. He said that after World War II, it was frowned upon to be against Jews because of the suffering they experienced at the hands of the Nazis.

However, people are now forgetting about those taboos, and again expressing hatred towards the Jewish community and Israel, and the latter’s so-called persecution and “colonization” of the Palestinians.

The anti-Semitism currently taking over in France is nothing “new,” but a re-emergence of these longstanding anti-Semitic tropes and false stereotypes involving Jews, money and their desire to control the world.

So the Jews are experiencing “antisemitism” from both the Left and Right these days, and yet they are still in complete denial that their behavior and political agenda has anything to do with it.

This denial on the part of the Jews creates a snowballing effect that creates even more resentment among their detractors, who cannot fathom how any group of people can be so oblivious to their own self-created ideological prison.

There would be no antisemitic Muslims in Europe or any White countries had Jews not pushed hard to put them there — and until Jews come to terms with that and take responsibility for their own demise, nothing will change.

And to expect Jews to accept responsibility for antisemitism is a fool’s errand, as they have never in their history ever done so.

They don’t like to admit wrong-doing, even if the rest of the world knows about it, like the jewish Bolshevik “revolution” in Russia where they murdered tens of millions of White Christians.

Instead of admitting to this “Bolshe-caust”, they invent their own version of it and blame it on the Nazis to make sure they are never held accountable.

Thus, antisemitism is the gift that keeps on giving as it consumes itself and the jewish people who become a laughable caricature of themselves.