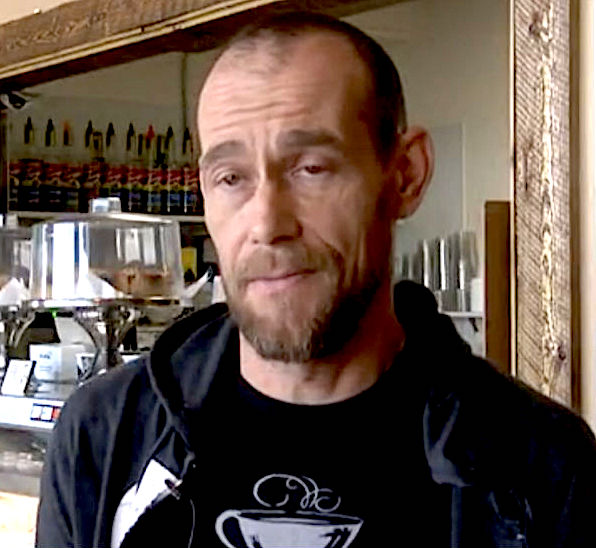 A New Mexico cafe owner is closing shop following backlash to a Facebook post full of “antisemitic” comments about Israel’s brutal treatment of the Palestinians, and his jewish landlord’s alleged shady business dealings:

Michael Palombo, owner of V Roast Bistro in Albuquerque, apologized Monday in a new Facebook post for the tirade, since deleted, which called Jewish people “animals” who treated the Germans poorly, and blamed the Jews for the Holocaust, KRQE News 13 reported.

Palombo was slammed on Facebook for his comments. He said his business slowed and the V Roast Bistro received lower ratings on social media.

Palombo said after the anti-Semitic post that he had been hacked and somebody “did a good job of pretending to be me,” KRQE reported. He said his business had been suffering since news of the post began circulating.

But in his apology on Monday, Palombo wrote in part: “It is not who I am or who we are or who we’ve been at V Roast Bistro. This has been one of the most painful and embarrassing moments of my life.”

He also wrote: “Again my deepest apologies and hope someday that i’m forgiven and most of all I forgive myself.”

He announced that he would be closing his business as soon as possible. In a later comment, Palombo acknowledged that he was not sorry to close the business.

“Truth is I’m happy to be letting this business go, so no matter what I did this business was going away I just made it easyer (sic) for me to do it.”

Palombo has had a landlord take him to court for failing to pay rent and a business partner take out a restraining order against him, KRQE reported, citing online records.

His Facebook feed includes several anti-Israel and pro-Palestinian posts shared from other sources.

People need to come to terms with the fact that Facebook is owned by a pro-Israel, socially-radical billionaire Jew who will not tolerate any opinions that contradict his worldview, so much so that he is unapologetic about blatantly censoring opinions that appear remotely “conservative”.  Facebook shares everything you post with the CIA, NSA, Mossad, and the FBI, just to name a few of the agencies which are monitoring you and the “correctness” of your opinions.

Showing any public sympathy for the plight of the Palestinians is quickly becoming an “antisemitic” hate crime, and you will potentially lose your business, your job, your family, and your home if the Jews are allowed to continue to punish anyone who expresses opinions that they don’t like.  And, no, you are not allowed to even notice that your landlord is a Jew, and if you do notice he’s a Jew, you better not think his sociopathic behavior has anything to do with him being jewish.  Never take it any further than, “who just so happens to be jewish…”, but more than likely even that will set off alarm bells at headquarters in Tel Aviv.