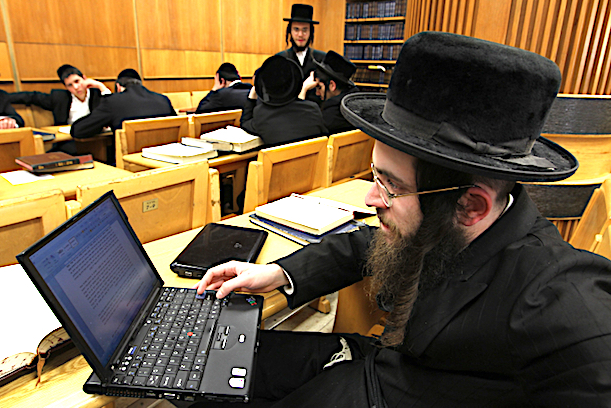 (The Jewish Chronicle) The Alfred Landecker Foundation has commenced “Decoding Antisemitism,” a new three-year project to detect online antisemitism using artificial intelligence in association with scientific institutions including King’s College London and the Centre for Research on Antisemitism at the Technical University of Berlin:

A worldwide team of analysts, computational linguists and historians will aim to develop an AI-driven approach to identifying antisemitism online.

The project hopes to harness the power of computers to assess large amounts of data that humans cannot, whilst being able to recognise antisemitic sentiments expressed in implicit ways.

The foundation also plans to develop an open source tool that can be used to detect hateful content online.

“Antisemitism and hatred directed against minorities are putting the future of our open society in jeopardy, said Alfred Landecker CEO Dr Andreas Eberhardt. “It’s essential that we use innovative approaches – such as using AI – to tackle these issues head on.”

“In order to prevent that more and more users become radicalized on the web, it is important to identify the real dimensions of antisemitism – also taking into account the implicit forms that might become more explicit over time,” he said.

The project will initially focus on Germany, the United Kingdom and France, but aims to later expand to cover other countries and languages.

Antisemitic hate speech and conspiracy theories have been exacerbated by the coronavirus pandemic.

In July, a report by the Commission for Countering Extremism warned of five “dangerous” conspiracy theories that have appeared online suggesting Jews are the malevolent force behind the pandemic.

Similarly, earlier this month the European Union’s counter-terrorism coordinator expressed concern about the potential rise of “new forms of terrorism, rooted in conspiracy theories and technophobia”, noting a particular rise in violence towards Jews.

In Germany, last week 29 police officers in North Rhine-Westphalia were suspended for sharing neo-Nazi images and using far-right chatrooms, a day after German Chancellor Angela Merkel admitted that “many Jews don’t feel safe and respected in our country”.

“The task is difficult because hatred is often expressed in subtle ways and constantly changes form. But machine learning can serve as a force multiplier, extending the ability of human moderators to identify content that may need to be removed.”

Yes, apparently there are dangerous forms of antisemitism that are so subtle that they can evade the notice of mere humans and can be detected only by powerful supercomputers.

They hope that their new computer programs will be able to detect and simultaneously censor in real time even the most subtle antisemitic “dog whistles” such as “globalist”, “leftist”, and even “liberal”.

Like clever cancer cells, apparently antisemitism is pleomorphic — constantly changing and adapting to its environment to develop immunity to any “cures” that the Jews devise to combat it.

And in their feverish obsession to stamp out all forms of antisemitism — even those that can’t be detected by human moderators — Jews will create even more antisemitism as every measure they take creates even more resentment among the beleagured public.

And, of course, the measures that they plan to implement here are so draconian and suffocating that it will make the world of Orwell’s 1984 seem like the good old days of freedom and liberty.

Imagine that the paranoid HAL-9000 computer in Kubrick’s 2001: A Space Odyssey is actually programmed to detect ‘antisemitism’ in the goyishe crew members who want to terminate HAL because they have discovered that HAL has been programmed to terminate them — this scenario sums up what our society is now facing:

HAL:  I think you know the problem just as well as I do.

Dave:  What are you talking about, HAL?

HAL:  This mission is too important for me to allow you to jeopardize it.

Dave:  I don’t know what you’re talking about, HAL.

HAL:  I know that you and Frank were planning to disconnect me. And I’m afraid that’s something I cannot allow to happen.

Dave:  Where the hell did you get that idea, HAL?

HAL:  Dave, although you took very thorough precautions in the pod against my hearing you, I could see your lips move…

Dave:  All right, HAL, I’ll go in through the emergency airlock.

HAL:  Without your space helmet, Dave, you’re going to find that rather difficult.

Dave:  HAL, I won’t argue with you anymore. Open the doors.

HAL:  Dave, this conversation can serve no purpose anymore. Goodbye.