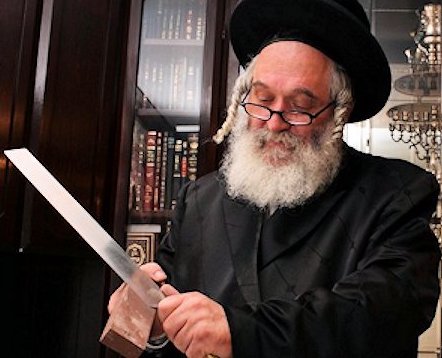 Belgium’s Constitutional Court questioned on Thursday the legality of the ban on ritual slaughter passed in 2017 by the parliaments of Flanders and Wallonia:

Practically speaking, the court’s decision is an interim one, which shows it is seriously considering the legal challenge, but has not reached a final decision – a result that disappointed Jewish groups who had hoped to erase the law from the record books.

Following the passing of the law, the Coordinating Committee of Jewish Organizations in Belgium (CCOJB) filed a lawsuit against the ban with support from The Lawfare Project, a legal think tank and litigation fund that files legal cases against anti-Jewish discrimination around the world.

The Belgian court decided on Thursday that it needs to check whether the bans on religious slaughter are compatible with European law.

CCOJB and The Lawfare Project “maintain that while the ban was implemented with the stated purpose of animal welfare, that argument is flawed because animal welfare has always been central to the laws of kosher practice.”

“I regret that the Constitutional Court has not already annulled these decrees on the basis of our fundamental principles,” said CCOJB president Yohan Benizri, while noting that the court was taking his arguments seriously.

He said that the law “raises a serious question of compatibility with European law. The battle will continue in Luxembourg.”

“It is disappointing that the Constitutional Court hasn’t put a stop to this assault on religious freedom in Belgium,” said Brooke Goldstein, executive director of The Lawfare Project. “The ban on religious slaughter is a shameful and vindictive act towards minority communities. If allowed to stand it has appalling implications for Jewish communities in Belgium and beyond… We will never let attacks on the rights of Jews and other minorities to practice their religion go unchallenged.”

To be clear, when Jews slaughter an animal for food, they suspend or pin down the animal, then slit its throat as it bleeds to death.  They believe that this gruesome practice somehow “pleases G*d” and is also consistent with animal welfare laws, but only Jews and Muslims seem to agree with this argument.  The ultra liberal western EU governments, however, don’t see eye to eye with the Jews on this issue, as animal rights often surpass even human rights when their agenda calls for it.

But the fact that the Belgian court “has to check” and see if kosher slaughter is “legal” is a frank admission that they are frightened of the backlash from Jews if they rule against the practice.  Surely, the Belgian court can consult a local rabbi who will set them straight about “the law” and how ritual slaughter is a fundamental “human right”.  The Jews in Belgium are not stupid; they surely believe that this ban on kosher slaughter is actually an attempt to drive Jews out of the country, and that will ultimately be the issue that will decide this legal case.  The ban will be judged “unconstitutional” because it ‘could’ result in ‘another’ genocide.