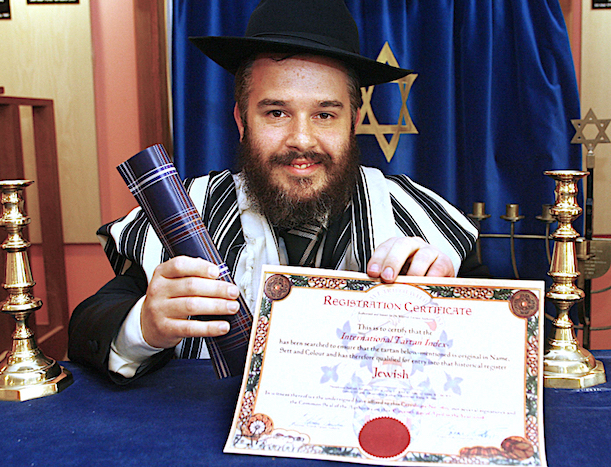 The Scottish Council of Jewish Communities is backing a controversial proposal in a new bill designed to curb hate, such as antisemitism™, which is making its way through the Scottish Parliament:

The Hate Crime and Public Order bill would be an “important milestone” in protecting groups, said Humza Yousaf, Scotland’s Cabinet Secretary for Justice.

But critics of one proposal to create a new offence of “stirring up hatred” argue it is too vague and could threaten free speech.

Currently, a more restricted definition of stirring up hatred is covered in public order legislation. But the Scottish government wants to extend protection from just racial or ethnic groups to other grounds such as sexual orientation or religion.

In its submission to the government, Scojec says it “strongly supports the introduction of this new offence”.

But in other areas Scojec believes the new law may not go far enough.

“For example, when a pig’s head was dumped on a woman’s lawn in Aberdeen, pork pies left with a blue pencil note at Dundee Synagogue, and a passenger made the gesture of firing a gun at a pedestrian from a passing car, it is not certain that any offence was committed,” it said.

“These would all have been recorded by the police as ‘hate incidents’, rather than ‘hate crimes’.”

It suggested that the legislation should include the option of prosecution for racially aggravated conduct “for incidents such as those we have described above”.

Whereas the definition of stirring up hatred or possessing inflammatory material depends on speech or material being “threatening, abusing or insulting” in the case of race or ethnicity, this is limited in the new bill to “threatening” or “abusive” on other grounds.

But Scojec said that “insulting” should apply to the protection of all groups. “There should not be any hierarchy of equality,” it said.

It also urged the government to consider introducing legislation to crack down on internet hate and supported the proposed abolition of blasphemy in the bill.

When the Jews demand that there not be any “hierarchy of equality,” what they really mean is that classic “white on black” racism does not take precedence over antisemitism™.

Jews are very concerned that the public has more sympathy for Blacks who have experienced “racism” rather than Jews who experience antisemitism™ — which is the result of perceived Jewish privilege, wealth, power — and their misleadingly white appearance.

The Black Lives Matter movement, even though it was the brainchild of the Jews, has had the unintended consequence of creating less sympathy for Jews and more sympathy for the “plight” of Black people.

Recently, the small but powerful clique of Jews in Scotland threatened to leave the country en masse if something wasn’t done about the “uptick” in antisemitism™.

That this threat to leave was announced right after a Jewish fraternity at St. Andrews was accused of 50 cases of rape and sexual assault is, no doubt, an “unfortunate coincidence”.

And it appears that this new draconian “hate crime” legislation, which they themselves no doubt drew up, is the public capitulation to their demands.

Rather than demand that the Jews in Scotland change their behavior that is causing the antisemitism™, they will instead muzzle anyone who complains about Jewish behavior — thus the status quo is maintained.