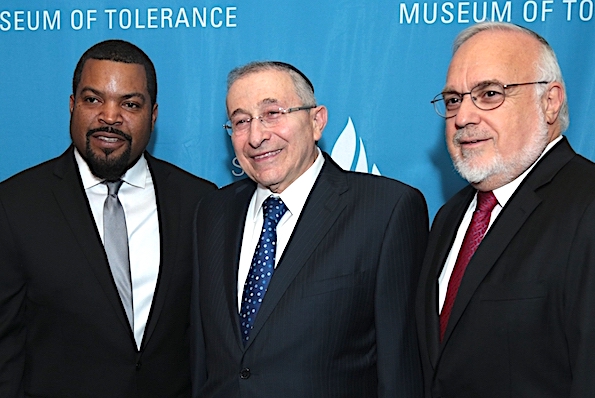 (The Algemeiner) It appears that Ice Cube, one of the founding members of the seminal rap group N.W.A., aka “Niggas With Attitude,” has once again turned on his Jewish masters when he posted a series of antisemitic™ images on Twitter that hint at a dark Jewish conspiracy for world domination:

On Wednesday, the “Good Cop Bad Cop” rapper, whose real name is O’Shea Jackson, shared an image of the Star of David that had the outline of a cube in the center. The 50-year-old then tweeted other images titled “black cube of Saturn” that show large black cube structures in Manhattan, Australia and Denmark.

The Black Cube of Saturn is a symbol believed by conspiracy theorists to identify worshipers of Satan, according to Fox News, and The Atlantic staff writer Adam Serwer noted that another conspiracy theory claimed that the cubes symbolized “Jewish control.”

…Pro-Israel activist Arsen Ostrovsky wrote, “Lost all respect for you Ice! You cannot fight bigotry with more bigotry, and in doing so, you only demean the cause of #BlackLivesMatter and the memory of #GeorgeFloyd!”

In a separate post Ostrovsky added, “You cannot claim to fight racism, by employing #Antisemitism!”

Antisemitism researcher David Collier said, “This is not fighting racism – this is inciting it. You are vile,” while another Twitter user wrote, “It is impossible to take you seriously with regards to social justice or,.. anything when you post anti-Semitic imagery. What the f–k are you doing?”

Addressing the avalanche of criticism he had received, Ice Cube refuted speculation his Twitter account had been hacked.

“This is CUBE. My account has not been hacked. I speak for no organization. I only speak for the meek people of thee earth. We will not expect crumbles from your table. We have to power of almighty God backing us all over the earth. NO MORE TALKING. Repent,” he tweeted.

The American Jewish Committee (AJC) also slammed the rapper for his offensive social media posts. In response to a tweet by Ice Cube on Wednesday that showed an image with the headline “speak a little truth and people lose their minds,” the AJC wrote, “@icecube ‘people lose their minds’ because you’re spreading lies, not truth. At a critical inflection point to seek racial justice in our country, keep your antisemitic conspiracies to yourself.”

Ice Cube has violated the quid pro quo agreement Blacks have with the Jews who control rap music and Hollywood, to wit:

“We will promote you and make you wealthy for helping us subvert and destroy White America.  In return, you will not question or criticize us — or reveal our pervasive power and control.”

As long as Ice Cube agreed to “keep the conspiracy theories to himself,” the Jews were happy — but the second Ice Cube got an “attitude”, got “uppity”, the Jews shower him with hate and threaten to disown him, kick him off the kosher plantation.

Jews have empowered Blacks — their Golems — to the point now that they can say and do almost anything and get away with it — not because they love Blacks, but rather because Blacks are useful and willing tools to destroy White Christian nations.

You can have an “attitude” toward Whites all you want, but lay off the Jews.

But what to do when a slave turns on his master?

As all followers of Louis Farrakhan know, Jews ran the trans-Atlantic slave trade — which means Jews have a lot of experience keeping their “property” in line.

If Ice Cube doesn’t back off “the Jew thing,” he may require some “correction” from, ironically, the Mossad’s Black Cube Division itself.

Ice Cube once begrudgingly admitted, “I respect Jewish people because they’re unified. I wish black people were as unified.”

The “unified” Jews aren’t playing around — Ice Cube’s distaste for Jews is well-known to them — and they aren’t about to let a “nigga with attitude” oppose their plans for world domination — just ask Malcolm X or Martin Luther King.

Dress up like a “Black Israelite” all you want, ‘Cube — but just lay off the little hats. 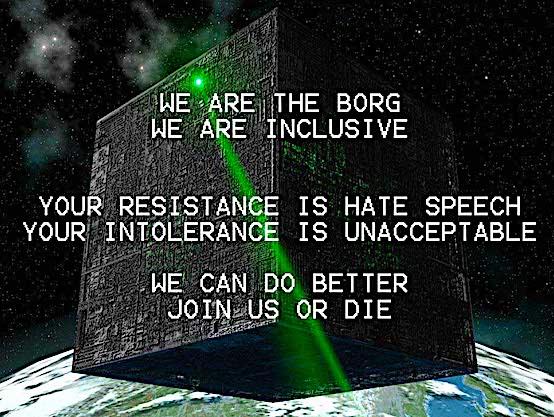