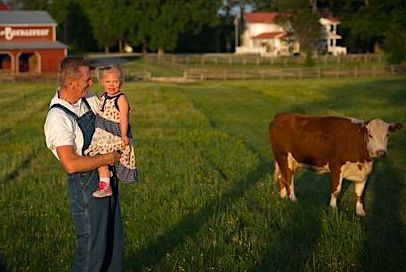 (Israel National News)  A local Jewish group has notified both the Indianapolis police and the U.S. Department of Homeland Security that flyers that are allegedly “anti-Semitic in nature” were discovered on several Jewish institutions Friday morning across the city:

The Indianapolis Jewish Community Relations Council said in a statement that the Indianapolis Metropolitan Police Department was notified of the incident and that it had opened an investigation. The police are classifying it as a “bias crime,” according to the statement.

The Jewish institutions opened as usual and police provided additional patrols, according to the statement.

“The Jewish community in Indianapolis has well-established and open lines of communication with the Office of Homeland Security, IMPD, and the Marion County Sheriff. Organizations remain vigilant and responsible to all incidents regardless of severity,” the statement also said.

The statement and news report did not specify what about the flyers was anti-Semitic.

The JCRC said that it has “noted an increase in anti-Semitism in the greater Indianapolis area.”

In August, a swastika was drawn on the wall of a dorm room at the University of Indianapolis shared by twin Israeli sisters.

As we have previously reported, it appears that even the quiet locals in Indiana, the Heartland of America, have noticed a palpable increased presence and influence of people who “just so happen to be Jewish,” such as their alleged “takeover” of  Indiana University.

That university, no doubt, teaches the basic principle of physics that for every action, there is an equal and opposite reaction, yet for Jews, they apparently have a complete inability to apply this to their own lives and the world around them.  Jews believe that people “react” negatively to them for no reason whatsoever, completely ignoring the first part of this Law of Physics.

And of course, the exact content of these alleged “antisemitic flyers” was not disclosed to the public because it would no doubt reveal just how trivial and non-threatening they actually are.  The idea that these flyers need to be investigated by the U.S. Department of Homeland Security is not only absurd, but a complete waste of public resources.